Find Out Which Publishers Had the Most No.1 Apps on App Store

With the App Store celebrating its 10th Anniversary this week, Sensor Tower App Intelligence data has revealed that only 2% of all app publishers on the App Store have had an app hit No. 1 on the store’s free, paid, or top grossing iPhone charts worldwide. Below is a quick rundown of the publishers who’ve had the largest number of apps and games at No.1. 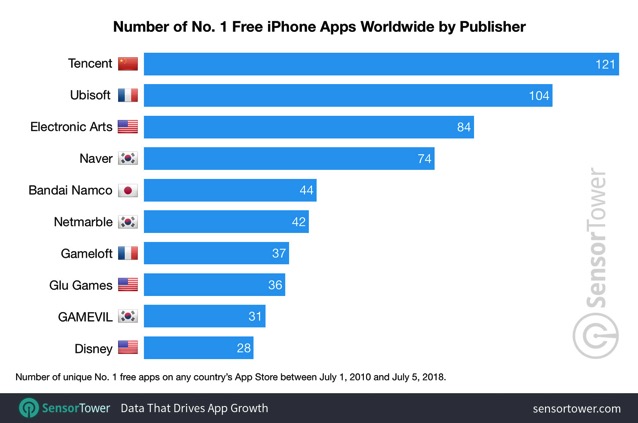 Tencent tops the chart for the most No.1 free apps with a total of 121 apps making it to the top. Ubisoft comes in at second number with 104 apps followed by Electronic Arts at number three with 84 apps. Looking at the bases of operations for these publishers, the United States and South Korea seem to be tied at three each. 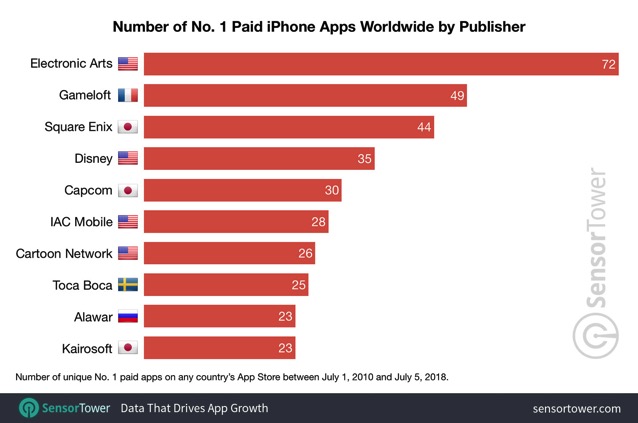 Electronic Arts took the top spot on the chart of most No.1 paid apps with 72. Other standouts on this list include No. 3 Square Enix (44 apps), known for its premium console game ports, and cult favorite Kairosoft (23 apps) at No. 10. 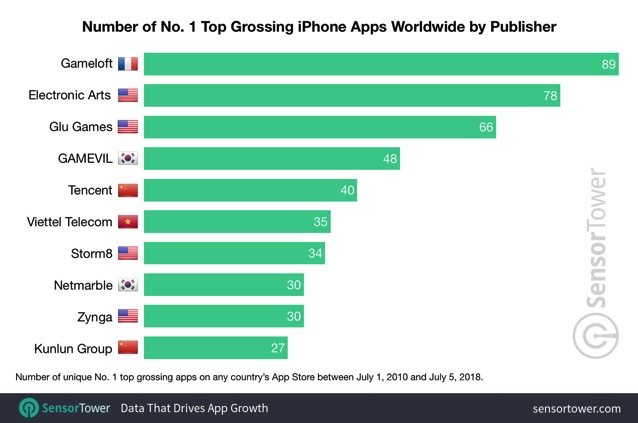 Lastly, the publisher that took the top spot on the chart of most No.1 top grossing apps is Gameloft with 89, followed by Electronic Arts with 78 apps. Glu Games, GAMEVIL, and Tencent round out the top five publishers on this ranking.

More information is available at this link.