More leaks are reportedly coming out, this time it relates to the headphones for the upcoming ‘iPhone 5’. In a hands-on video posted by Tinhte.vn (via MacRumors), we see a completely redesigned headphone that notes ‘Assembled in Vietnam’ on the cable, most likely being manufactured at a local Foxconn facility there. 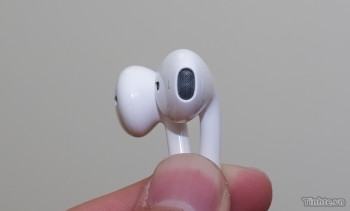 Tinhte.vn notes the purported new headphone seems to be authentic as it doesn’t resemble a cheap knockoff made in China. As for the headphone itself, they note when worn they fit the ear canal better and are much more comfortable compared to the previous design.

Last July, Tinhte.vn leaked images of the alleged iPhone 4S, which turned out to be true.

Update: Embedded the new video as the previous one was marked ‘private’.