We already know that the iPhone 5S will impress with its internal changes rather than design changes, since it will be modeled after the current iPhone 5. The rumour mill has been busy spilling information about the upcoming tech specs, but since we don’t have any confirmation of these yet, we need to look at the leaked internal components to try guess the forthcoming model’s enhancements.

The most recent component leak comes from TVC-Mall an online retailer of cell phone accessories (via Nowhereelse.fr), which allegedly shows the iPhone 5S LCD connector flex cable ribbon. As we have previously pointed out, based on the leaked iPhone 5S motherboard, there will be quite some differences in terms of internal design between the iPhone 5 and 5S. The most recent leak seems to reinforce this information. 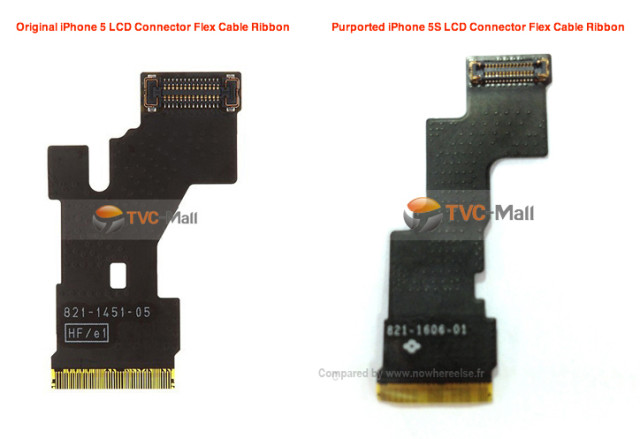 As you can see from the above images, Apple has decided to change the design of the flex cable for the LCD connector and the touch screen. Although we can’t confirm this part indeed belongs to the next-generation iPhone, the identification number seems to corroborate that: it uses the same 821-XXX-XX format we have seen in previous leaks.

Furthermore, we’d like to add that with the rumoured launch of the iPhone 5C, this part could belong to that model as well. We are already counting the days until the official launch. Are you?