Put Unlimited Apps Inside The Newsstand Folder Without Any Jailbreak [Tutorial] 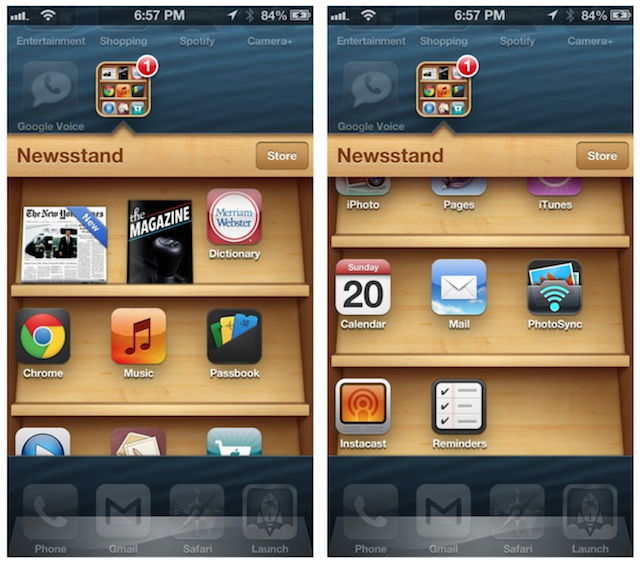 The trick works on iOS 6 devices, without requiring any jailbreak. Here’s what you need to do:

Move the Newsstand folder to the second page of your Homescreen.

Now place the apps you want to put inside the Newsstand on the third page of your Homescreen.

Press the Home button and quickly tap and hold on the app that you wish to move. When the Homescreen moves to the first page, release your hold on the screen and go back to the second page.

If your timing was right, you should be in wiggle mode. Now tap on the Newsstand folder to open it, and then press the Home button once to close it.

You should now see the app moved into the Newsstand folder. If it doesn’t work, try again and you’ll eventually get it right.

Here’s a video walkthrough of the trick as well: