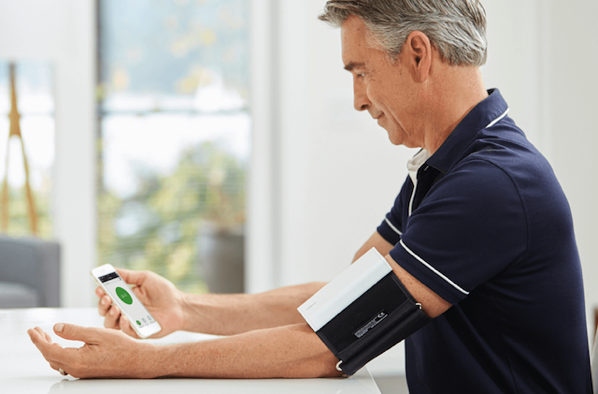 Digital health company Qardio is expanding its retail partnership with Apple worldwide by announcing that its FDA approved smart blood pressure monitor QardioArm, will now be available to purchase on Apple.com and in Apple retail stores around the world. QardioArm was the first-ever medical device available to the public on Apple Health as well as the first-ever medical device available on Apple Watch.

“We’re thrilled to expand our global retail presence in collaboration with such a visionary retailer,” says Alexis Zervoglos, Chief Business Officer at Qardio. “We share with Apple an absolute belief that purity of design coupled with technological innovation drives change, as we focus on creating beautiful, accessible products that lead to a healthier world without compromising lifestyle.”

Qardio’s retail partnership with Apple marks another step for the company in expanding its collaboration with the Cupertino tech giant, as it continues to pave the way for connected healthcare. The company aims to revolutionize healthcare by creating solutions that combine beautiful design and a delightful user experience with state-of-the-art, medical grade functionality.

QardioArm can be purchased online and in Apple stores for $99 USD (CDN $129.95), and works with iPhone, iPad and iPod touch with iOS 8.0. It is also compatible with Apple Watch and Apple Health. For more information, click here.