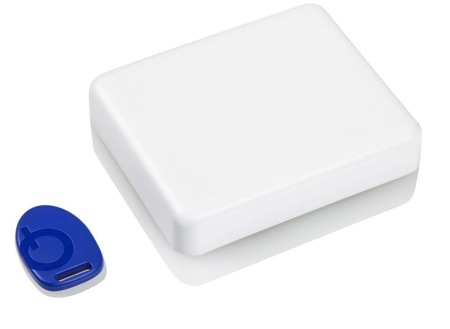 Qualcomm has today announced the availability of its Gimbal proximity sensor, a technology similar to what’s already been deployed by Apple with iBeacon at its retail stores in order to present a more personalised shopping experience, GigaOM is reporting. The chip-maker’s offering however is much cheaper and is available for as low as $5 in quantity, with support for iOS. Android support is also coming soon.

“Use of the platform enables brands to increase sales and drive loyalty by delivering highly relevant communications while those consumers are physically present in their stores and venues. Brands using the Gimbal platform can send customized communications based on interest derived from geofence triggers and proximity triggers, all matched to inferred interests”, says Qualcomm.

Series 20, the largest model, is roughly less than 4-in. square and less than 1-in. thick. It is available in volume for as low as $10 each. The smaller Series 10 model is less than half the size and is priced from $5 each. Battery life for Gimbal proximity beacons extends from up to a year for the smaller model and up to three years for the larger one.