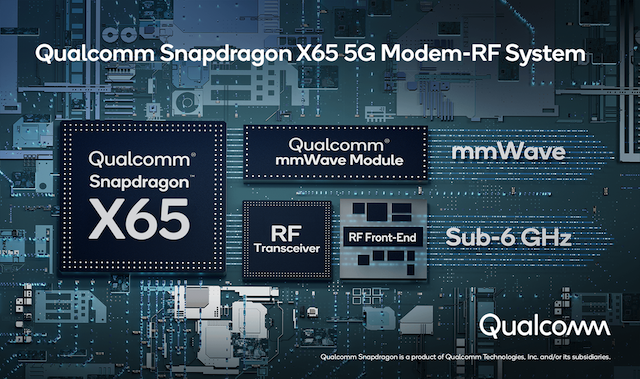 According to Qualcomm, the Snapdragon X65 is the Company’s biggest leap in 5G solutions since the commercialization of its first modem-RF system. It is designed to support the fastest 5G speeds currently available with fiber-like wireless performance.

“The 5G transition presents the biggest opportunity for Qualcomm as mobile technology is poised to benefit virtually every industry,” said Cristiano Amon, president and CEO-elect, Qualcomm Incorporated. “We are reaching a significant milestone with the Snapdragon X65 5G Modem-RF System, unleashing connectivity up to 10 Gigabits per second and support for the latest 5G specifications that will play a critical role in enabling new 5G use cases.”

Snapdragon X65 is poised to support a new generation of premium smartphones and the expansion of 5G in segments such as PCs, mobile hotspots, industrial IoT, fixed wireless access, and 5G private networks.