The airport, along with air transport IT specialist SITA, announced the “world’s first use of the Apple Watch for an airport workforce.” The Apple Watch will enable duty managers to receive important notifications to their wrist to take appropriate action as needed. 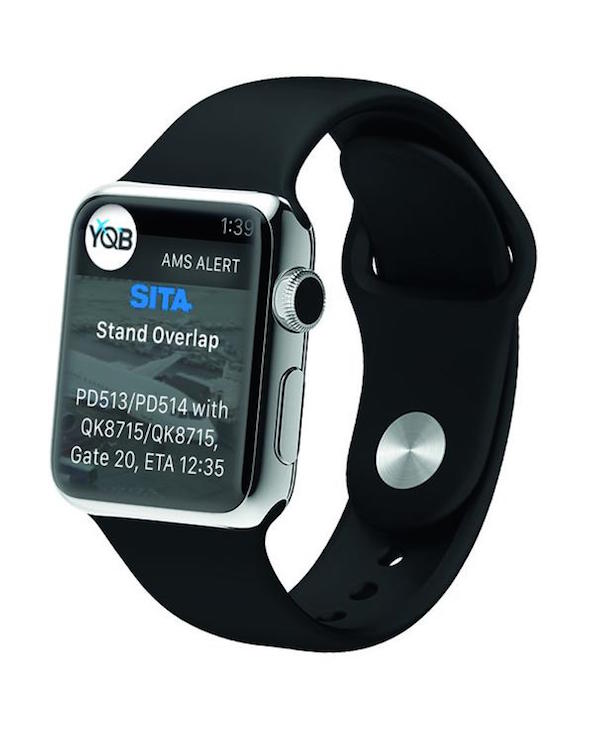 Marc-André Bédard, Vice President, Information Technology, Aéroport de Québec, said Apple Watch will allow duty managers to get alerts instantly on the wrist; previously they had to reach for their tablets:

“For example, they may get an alert to say that two planes are arriving simultaneously and have been assigned to the same gate or that there is a delay at a certain gate. Previously, they would have checked their tablets regularly for updates. With the watch, a vibration alerts them to an update so they receive vital information just by glancing at their wrist. They can then take immediate action.”

SITA created the app for the airport and setup systems to link the Apple Watch to the company’s centralized Airport Management solution, currently being used in 150 airports in 48 countries.

Québec City Jean Lesage International Airport served over 1.5 million passengers in 2014, up 6.7% from the year before.

Apple Watch definitely is going to change the game for workers in numerous industries. Just the other day, I was at a friend’s house watching an arborist cut branches while suspended 75 feet up in the air. His iPhone rang down below but he couldn’t answer it. All I could think was, “this dude needs an Apple Watch.”