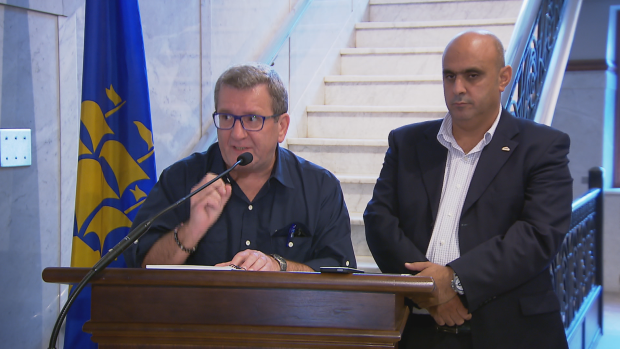 Quebec City Mayor Régis Labeaume is angry with taxi companies in the city after drivers struggled to meet the high demand after the Celine Dion concert on Saturday at the Videotron Centre. Concert-goers waited more than 40 minutes for a taxi in the rain after the event.

The mayor was so furious to the point where he may no longer defend them when they face competition from ride-sharing services like Uber. Although he defended the taxi industry up until now, Régis Labeaume ensures no longer be able to defend them after the events on Saturday night. In a statement, the mayor said:

“Me, as mayor, I need to make sure things move in the city.

People need to be transported, there needs to be mobility. If it isn’t with taxis, it is going to be with other things. I need to find solutions. One of those solutions could be creating a regulatory environment that is more favourable to Uber X.

How can I defend them after what happened Saturday? I have no more means [to defend them].”

Although he realizes that there were several events being held on Saturday and taxis were therefore in high demand, but he does not believe this is a good enough reason for the poor service.

Stakeholders in the taxi industry claim that Régis Labeaume is wrong in only pointing out the availability of cars as their only point of failure. While this is definitely a large point of failure, it’s not the only cause. To try and counteract these problems, the city has proposed increasing the number of vehicles available on days where there are major events. In addition, the city is also planning to offer a waiting zone that can accommodate 300 taxis.