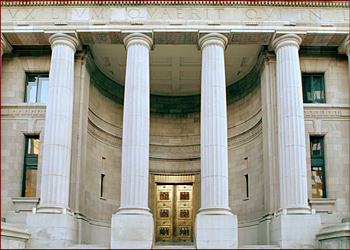 Starting today, Quebec court rooms are going to be unique compared to others in Canada. How so? Quebec judges have decided to end electronic communication in their court rooms which means no more tweeting, texting or emailing out information about what happens in court.

According to the Canadian Press the decision came after months of debate:

A spokeswoman for the Quebec Court says judges from her tribunal as well as Superior Court and the Court of Appeal drafted the guidelines together. They came after months of discussions.

“It is prohibited to broadcast or communicate text messages, observations, information, notes, photographs, audio or video recordings from inside the courtroom to the outside,” says the directive.

Response has been mixed to the ruling as one lawyer said social media was not ready for the court room. However, according to Quebec Federation of Journalists president Brian Myles, he believes the courts acted too quickly after just a few experiences with technology; plus the magistrates did not consult anyone over their decision. Since filming or recording hearings is prohibited, tweeting and micro blogging allowed journalists to deliver information in real time:

“Twitter is a tool of the 21st century and it allows journalists to bring the citizen into the courtroom,”

“When you deprive reporters of this tool, you deprive citizens of useful information that allows them to understand better the justice system.”

Spokeswoman Bergeron said nothing is set in stone, as “each court will deal with its own experiences and we’ll decide from there if the rules need to be tweaked.” Those with electronics must have them turned to silent while in court. Once out of the court, journalists would be free to tweet, as the ruling only bans electronics while court is in session.