If you’re a ‘sneaky’ texter behind the wheel, think again, as police in Quebec have launched a pilot project onboard a bus to spot texting and driving, reports CBC News.

The new initiative launched last Tuesday, so far has had “excellent results, above our expectations,” said Isabelle Gaudreau from Quebec traffic control. 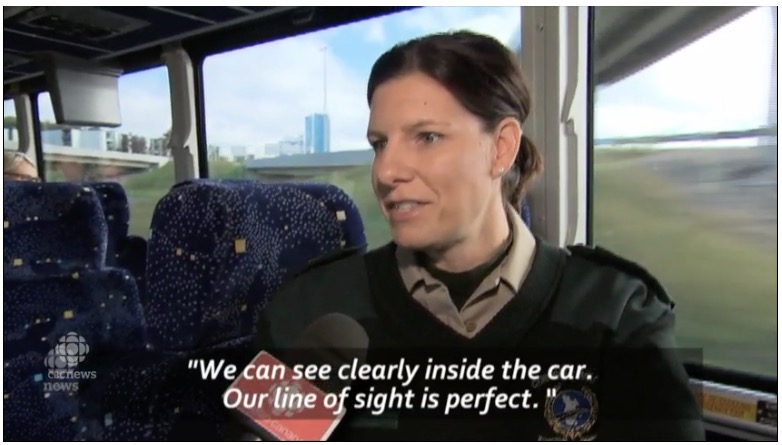 The elevated vantage point onboard a bus helps police and highway patrollers spot drivers who are texting on cellphones, which otherwise would not be seen from ground level.

Guadreau said “We see a lot of people who have a cellphone at the wheel, to talk or text, on their thigh,” adding “It’s not the sort of thing we can see when we’re in a patrol vehicle. But in the bus, we see it clearly.”

Flagged drivers are soon intercepted by the dozen police cars which follow behind the bus. Texting and driving behind the wheel comes with a $120 fine and four demerit points in Quebec.

In just a few days of the new project, police say they have handed out over 70 tickets in Quebec City and along highways.