Quick Tip: Easy Access to iPod Controls on the iPhone

After showing this tip to a few iPhone user friends, I figured it might
be a good thing to put it up on the iPhone in Canada site.

Suppose you are listening to music on your iPhone and need to pause your
music (or audiobook), your current steps might be:

In some cases, if you were in the process of doing something else before, you might even have had additional steps to press the home button and the the iPod app to get to the controls.

Well, there is a faster way to do this and it does not require you to unlock your phone at all.

You can reuse the same sequence later to restart your music or audiobook too. I find it very useful especially for audiobooks. 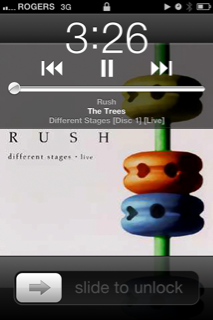 SpaceX has delayed the implementation of a new Fair Use policy on Starlink connections in Canada and the U.S. to February 2023, according to an update on the company's website (via Tesla North). The policy, which will institute data caps on Priority Access usage for all Starlink Residential customers in Canada and the U.S. and...
Nehal Malik
45 mins ago