QuickType Keyboard, a convenient typing feature that provides users with suggested words above the keyboard as they type, now comes to Apple Watch Series 7 with watchOS 9 (via MacRumors). 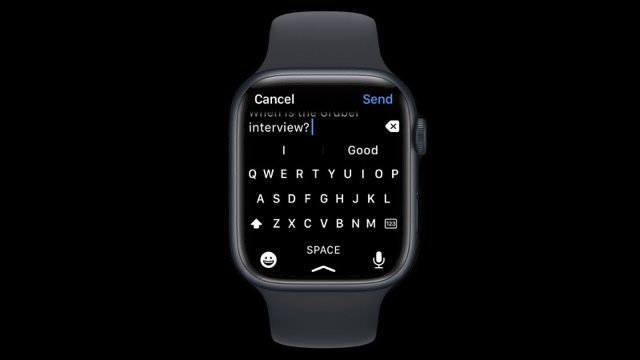 Apple Watch Series 7 features a larger display than previous models, which is why it includes a full on-screen keyboard. With watchOS 9, the QuickType feature is now also available which attempts to predict which words you will type next based on the first few letters of a word.

Using QuickType, Apple Watch users can tap on a suggested word to insert it into a sentence while typing, which is quite handy given the small keyboard.

QuickType was first introduced on the iPhone as part of iOS 8 in 2014, and the feature is also available on the iPad. Once watchOS 9 releases this fall, this new QuickType feature will be available to all Apple Watch Series 7 users.