Creator of the Fastest-Growing iPhone Game Ever ‘QuizUp’ Reveals Secrets

Plain Vanilla CEO Thor Fridriksson, creator of Quizup, the fastest-growing iPhone game in history which has 3.5 million registered users, has stayed near the top of the App Store’s games category since launch, and signed up its millionth user in just eight days of its launch, reveals the secrets to creating a huge hit, the lessons he learned from other successful games, and how he almost went broke along the way (via NewYork Mag). 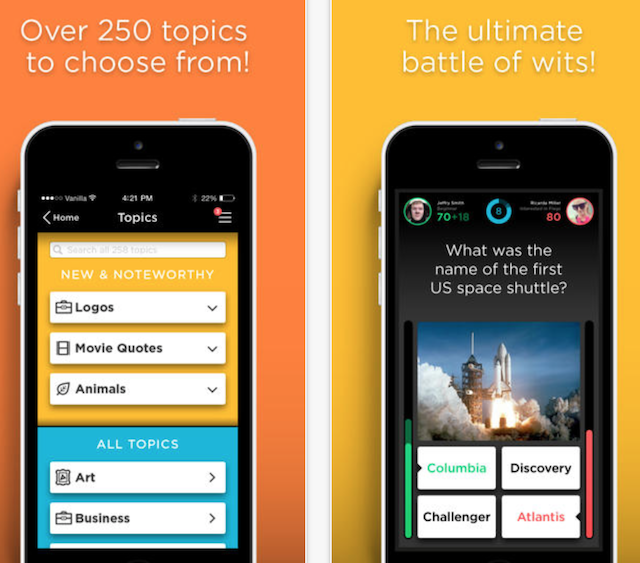 Fridriksson says that the first secret to making a hit game is “latching onto an existing brand”, something he himself learned the hard way. He says that his first game, was an original game for preschool kids called ‘The Moogies’, which got “steamrolled in the App Store” by a Dora the Explorer game that was published around the same time, making him lose almost all his money. “It was just a total failure. No one was buying it,” he says.

“As their next act, Fridriksson and his colleagues spent days thinking about games that already existed in analog form, but hadn’t been ported to mobile in the right way. Scrabble was already taken (Words With Friends), as was Pictionary (Draw Something), but there was no dominant mobile version of Trivial Pursuit. And while Trivial Pursuit had an official app, it was basically just a digitized version of the physical board game. He thought he could do better.”

The other secret to creating a hit he says is to “keep it simple”. Part of QuizUp’s viral appeal is its simplicity, he added. Having gameplay that’s familiar to you is a huge advantage, because you can get right into the game. “We don’t have an onboarding mechanism. You just start”, said Fridriksson.

Quizup offers a series of multiple-choice questions to its players, and the player who gets the most answers right wins. As users play more against others, they gain XP and move up a leaderboard against both their friends.