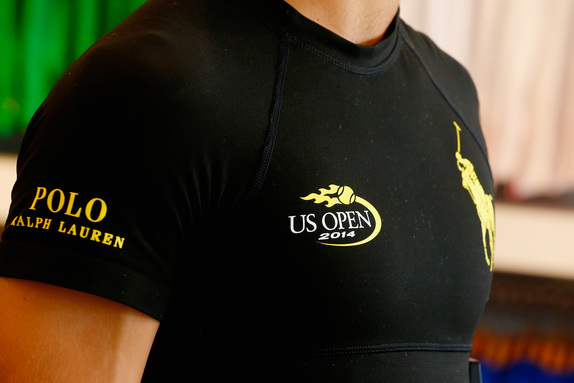 Legendary fashion house Ralph Lauren captured the attention of tech media today as it outfitted a number of ball boys and one player at the US Open Tennis Championships with iOS-connected nylon t-shirts tracking health and fitness data (via Marketwatch).

The first Ralph Lauren Polo Tech shirt features sensors knitted into the core of the product and gathers both biological and physiological information. All that is packed into a sleek-looking t-shirt in black with a signature yellow Polo Player logo. 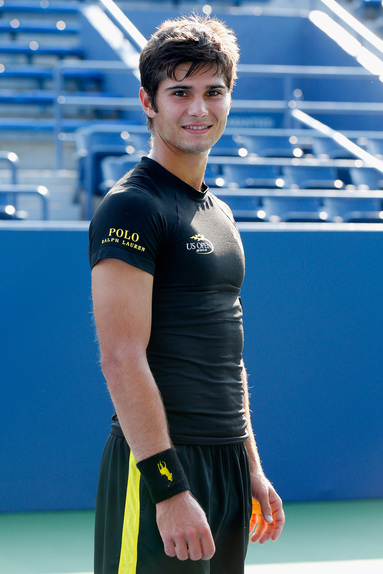 “Ralph Lauren continues to be at the cutting edge of fashion and culture,” said David Lauren, Senior Vice President of Advertising, Marketing and Public Relations. “Our goal is to create and reflect the ultimate lifestyle, and we believe that a healthy and active life is an essential part of that. Ralph Lauren is excited to help lead the industry in wearable technology in this ever-evolving, modern world.”

The shirt was developed with some help from the Canadian OMsignal, whose team includes experts in neuroscience, sports medicine, and engineering. As a result, the shirt itself became a sensor, and the OM platform aggregates the data to deliver a wide variety of physiological data directly to users through an iOS app. 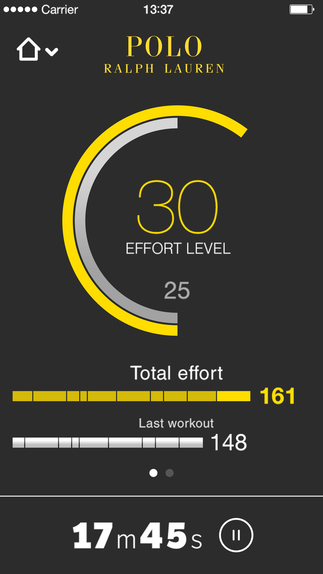 Actually, the Polo Tech includes a “black box” — an accelerometer and gyroscope capturing movement and direction — and based on data sent to the cloud through this box and a number of algorithms dissecting it, users get important performance-oriented biometrics such as heartbeat, respiration, psychometrics like stress level, and energy output.