Raptors Uprising is unveiling its brand new Bell Gaming Centre. The Toronto Raptors-owned NBA 2K League team has set up a brand new facility that is being used for competing in NBA 2K League, streaming content, and training.

Previously, Raptors Uprising operated in the Bell Fibe House in the Toronto neighbourhood of The Beaches. The Bell Fibe House served as HQ for the team since 2018. However, the team has now moved into the heart of downtown Toronto in a new state-of-the-art facility. We were invited to take a sneak peek at the facility. 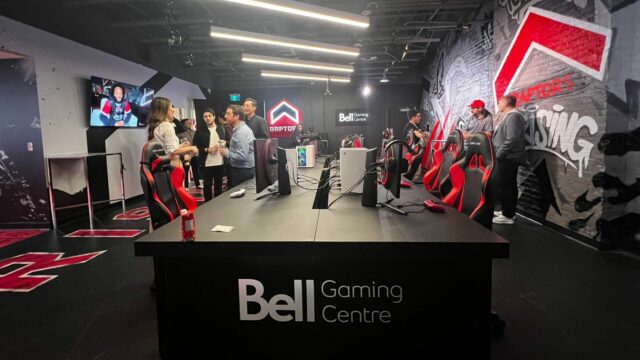 The Bell Gaming Centre is powered by Bell’s pure fibre internet service. Bell claims that it can provide 3Gbps of download speeds and mirror them with 3Gbps upload speeds. In a real-time speed test conducted at the facility, the Bell fibre internet was able to provide 3257Mbps down and 3058Mbps up. The facility is also comprised of six top-of-the-line gaming stations. The facility offers an equal mix of high-powered PC gaming rigs and PlayStation 5 consoles. Given that NBA 2K players are able to thrive on either, it was nice to see both platforms being supported. Additionally, LG Ultragear gaming monitors were being supported at each station.

“Over the last four seasons, our team has evolved, and we are matching that transformation by creating a new gaming facility that meets the needs of our players and front office,” said Sumit Arora, VP, Strategy, Analytics and Esports at MLSE. “Our partnership with Bell has been integral in making the Bell Gaming Centre a reality for the 2022 season and we look forward to welcoming not just our team, but also giving other professional esports teams access to a space that is unlike anything in our city.” 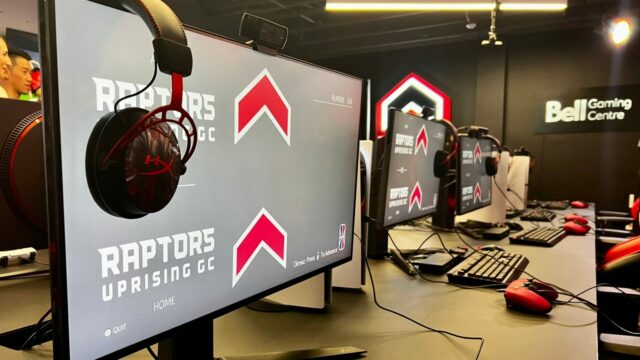 On top of featuring impressive gaming rigs, the Bell Gaming Centre offers a dedicated streaming room for Raptors Uprising players. The room is separated from the business of the main gaming stations. It features a two-monitor setup, so the content creator can split their time between what they are playing and interacting with the community. Also, Ford Canada provided a racing sim station in the corner of the facility. 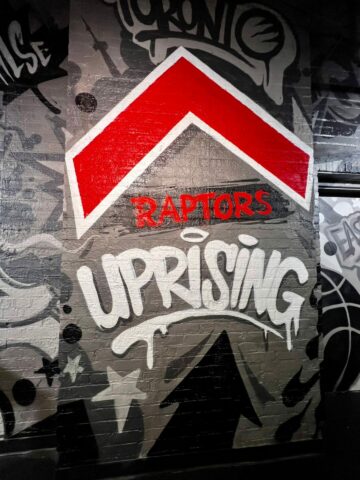 Moving from The Beaches to downtown Toronto, Raptors Uprising players are now more integrated into the culture of the city. Playing and training in Coca-Cola Colessium, the team is able to train in the same facility as the Toronto Marlies, and Toronto Argonauts. That rich Toronto culture is exemplified on the walls of the facility as well. Local artist Duro the Third designed stunning murals for the facility. It feels authentic to the Raptors Uprising team with homages to gaming as well as different burrows in Toronto.

The 2022 NBA 2K season is taking on a tournament-only model. 5v5 and 3v3 tournaments are being held that include The Tipoff, The Slam Open, The Turn, The Switch Open, The Ticket, and The Steal. Raptors Uprising will head into The Turn next week, with a record of 4 wins 2 losses in 5v5 and 2 wins 4 losses in 3v3.