Paul Rand (1914 — 1996) was an American graphic designer, best known for his corporate logo designs including the logos for IBM, UPS, ABC, and Steve Jobs’ NeXT. Today, we’ve got our hands on a rare Paul Rand video (via FSM), that includes footage of Steve Jobs explaining how he created the NeXT logo. 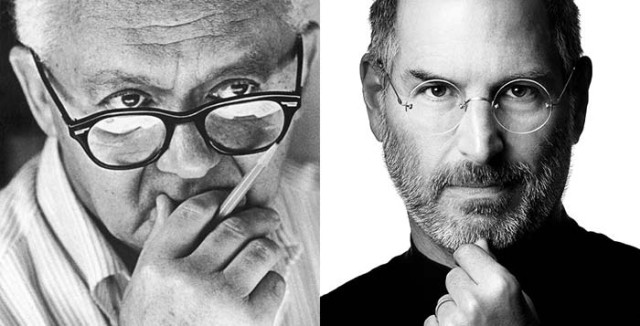 Rand’s simple black box breaks the company name into two lines, producing a visual harmony that endeared the logogram to Jobs. Steve was so pleased that just prior to Rand’s death in 1996, he labelled him as “the greatest living graphic designer”.

Check out the video embedded below: