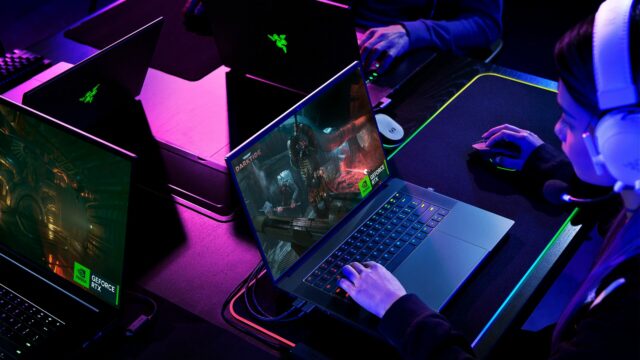 Razer held its annual keynote at CES 2023, outlining new gaming innovations to come throughout the year and beyond. With brand new gaming Razer Blade laptops, peripherals, and even branded gaming chair head cushions, 2023 opts to be a big year for the company. 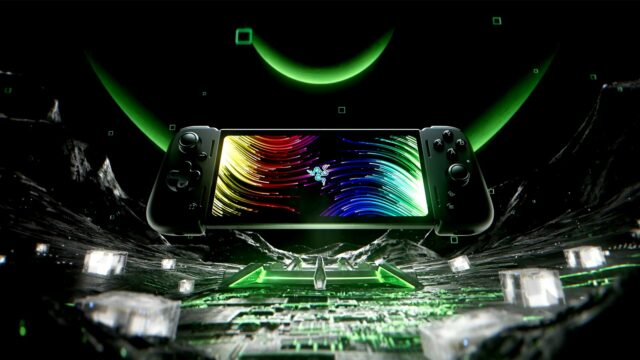 Last year, Razer revealed its Razer Edge and Edge 5G handheld device. Designed as a standalone product akin to the Razer Kishi, the company showcased Edge once more. Key features of the Razer Edge and its 5G-enabled sister product include a 6.8” AMOLED display with a 2400×1080 FHD+ resolution. Razer claims the handheld features 144Hz refresh rate support.

According to Razer, the handheld is the first device powered and developed exclusively using the Snapdragon G3x Gen 1 Gaming Platform. It’s said that the chipset is built with active cooling for longer play sessions.

Unfortunately, it appears as though the Razer Edge remains a U.S.-exclusive product for the time being. The company announced that the handheld goes on sale on January 26th exclusively on their website and RazerStore locations across the US for $399.99. Though, I’m still holding out hope that a Canadian launch will follow sometime this year. 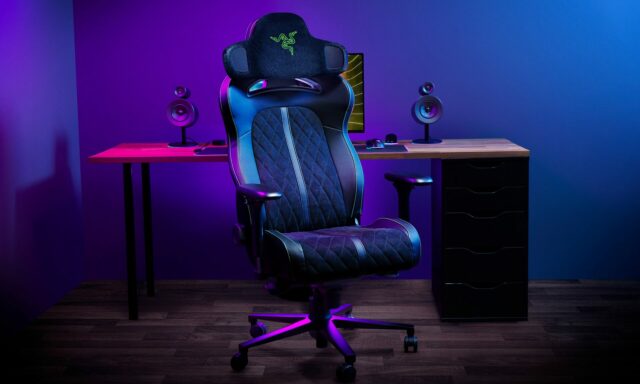 One of the unexpected announcements from Razer this year is Project Carol. This is the first head cushion designed with enveloping near-field surround sound and haptics. Project Carol still remains in active development and is the latest concept design from the company’s R&D division. Nonetheless, Razer’s brief explanation of the head cushion sounds like a great addition to a PC gaming space.

Razer envisions Project Carol as being able to deliver 7.1 surround sound, adding heightened immersion in an almost 4D-like experience. Using near-field surround sound, Project Carol should be able to pair well with Razer’s HyperSense technology for more direct rear audio. Plus, Razer claims that it’ll be able to convert game sounds into haptics in real time. Project Carol is natively supported on PC and is designed to fit on all gaming chairs, including the company’s own Iskur and Enki. Its connectivity comes via 2.4GHz wireless and offers up to eight outs of battery, according to Razer.

Razer has not provided any release or pricing details on Project Carol. More info is available on the Razer website. 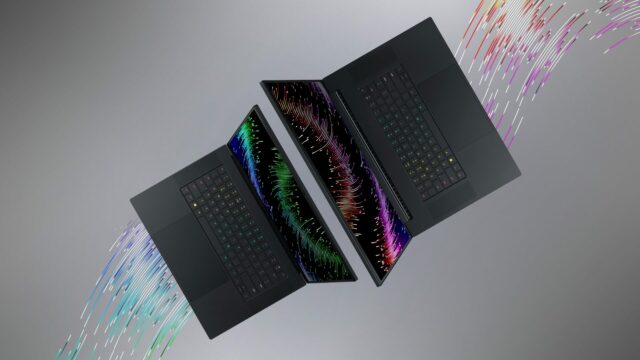 The Razer 16 features a pretty substantial upgrade, with 1.50 Graphics Power Density. It’s claimed that the Razer Blade 16 is able to reach 35 percent more graphics power per cubic inch than any other 16-inch gaming laptop on the market. Additionally, this mode features a new HDR-enabled dual-mode mini LED display. Razer’s 16-inch laptop supports a better transition from Creator to Gamer mode. The former enables UHD+ native resolution, while the latter provides up to 240Hz refresh rate in FHD+.

Looking at the Razer Blade 18, it’s announced that the 18-inch gaming laptop sports a QHD+ display, capable of supporting a 240Hz high refresh rate. The device also supports a 5MP camera for conference calls or a low-end streaming camera. Razer is including THZ spatial audio support via a six-speaker array. 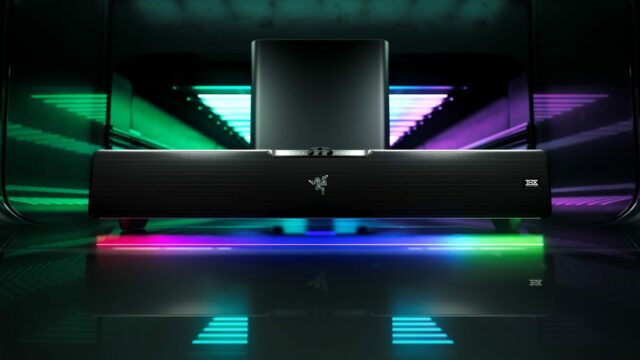 Razer is developing its new Leviathan V2 Pro gaming soundbar in partnership with THX and Audioscenic. The new iteration of Razer’s soundbar is claimed to deliver “immersive 3D audio” using integrated IR camera technology to detect and monitor a user’s position. The  Leviathan V2 Pro can then adapt the audio per the user’s position to provide a more tailored audio experience.

In true Razer fashion, the Leviathan V2 Pro supports RGB lighting with 30 customizable lighting zones and 16.8 million colours. Plus, 200 games are integrated into the Razer ecosystem. 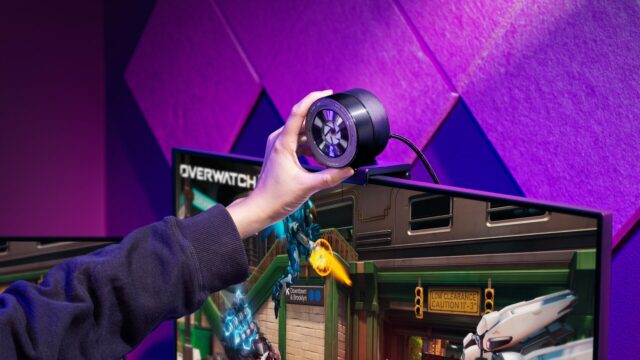 Razer also debuted its new webcam at CES 2023. This device features Sony’s 1/1.2-inch STARVIS 2 sensor, the largest in a digital webcam. With a 2.9 μm pixel size, the Kiyo Pro Ultra enables users to replicate a DSLR-like experience while streaming or on video calls. However, it offers a more streamlined plug-and-play setup.

The Razer Kiyo Pro Ultra also features an ultra-large F/1.7 aperture lens with up to 30fps HDR support. The webcam can also pair with the Synapse app to enable users to tweak their experience, controlling ISO, shutter speeds, pans, etc. 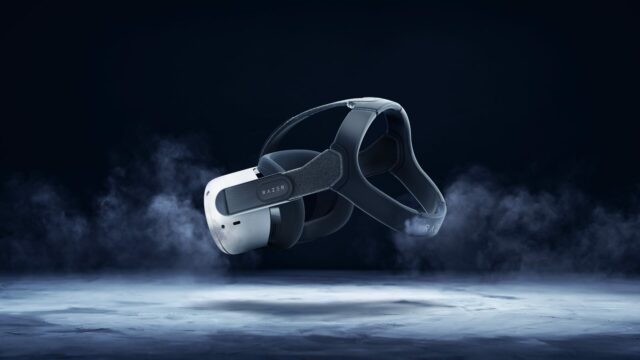 Razer is partnering with Meta, developing two new VR accessories for Meta Quest 2. The first of which is the Razer Adjustable Head Strap System, which is designed for long-lasting comfort and weight balance. The strap is made up of high-performance nylon and is said to be perfect for quick slip-on with little interruptions while playing.

The second Meta Quest 2 accessory is the Razer Facial Interface. This is said to be “developed for extended comfort and optimized support.” It’s been designed using ultra-thin textured and profiled membranes to “eliminate facial pressure.” Additionally, its crevice-free surface is supposedly made for better hygiene and cleaning.

Razer’s VR peripherals for Meta Quest 2 will be available in the US in Q1 2023. Other regions will follow “in the future.”

CES 2023 continues so expect more announcements as they are available.