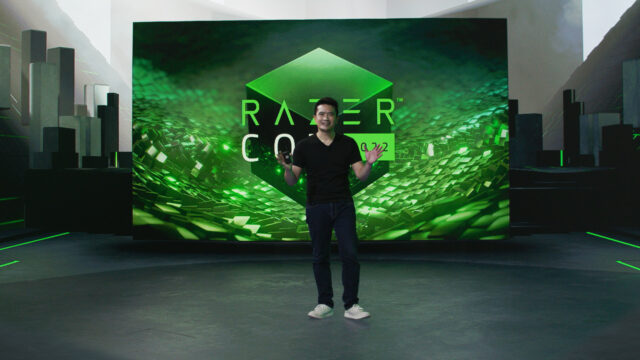 Today, Razer held its annual keynote at RazerCon 2022, showcasing upcoming products and initiatives. As with previous years, Razer uses its virtual RazerCon event to announce a new lineup of innovative products as well as note its sustainability efforts.

Once again, the RazerCon keynote was hosted by CEO Min-Liang Tan. Over the course of the presentation, the company announced new partnership efforts, hardware to delight PC and console players, as well as software that leverages the Razer ecosystem.

Kicking off the RazerCon 2022 festivities, it was announced that Razer is partnering with Panerai. This partnership sees the support of marine species research, specifically for manta rays and the conservation of the species. As part of this sustainability effort, Razer and Panerai is launching an exclusive timepiece. 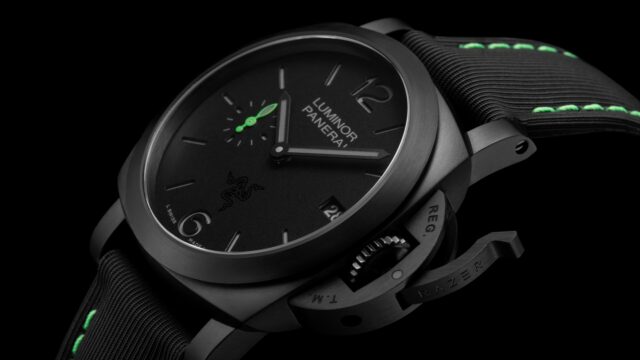 This piece is a part of Panerai’s Adventurer series. Its eSteel DLC Case is made of sustainably sourced steel. The diamond-like carbon (DLC) case has a rating of 10/10 hardness, equivalent to that of a diamond. This premium device effectively protects against scratches and bumps. It also features a recycled PET strap. The design also offers the Razer logo engraved on the back as well as Razer-coloured aesthetics. Finally, it offers a Super-Luminova glow-in-the-dark effect.

500 limited edition units will be available worldwide. Preorders are available now with shipping scheduled for later this year.

Next up is the new Razer Axon desktop app. This app offers premium wallpapers to user desktops. This new app offers wallpaper designs that can sync with Razer Chroma RGB. Now, the colours on the desktop can match the colours of Razer’s keyboard, mouse, etc. Razer Axon will be free to users and supports both static and animated designs. Razer is also partnering with third-party companies such as Microsoft and CD Projekt Red. Each month will feature new wallpaper drops. 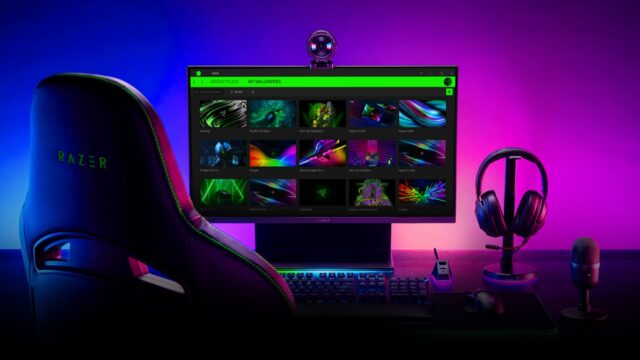 A beta is now available for free to the first 10,000 users who download it. Following this, it will be available for 1,000 Razer Silver. The loyalty currency comes from purchasing hardware from the company or buy playing games via the Cortex PC platform. 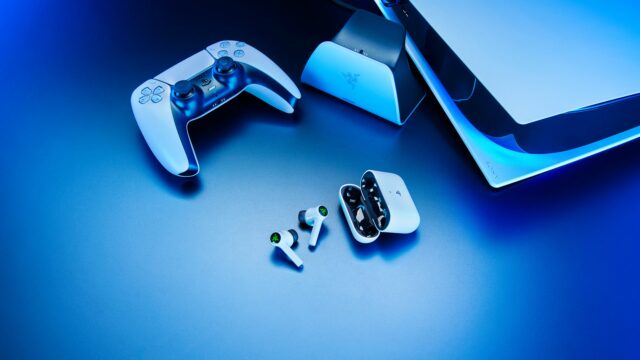 Off the heels of its Universal Quick Changing Stand with a multitude of licenced designs, Razer has revealed its new design for Xbox. The new Razer Wireless Controller and Quick Charging Stand for Xbox has a custom design made by Razer. Both the controller and charging stand feature a black and green translucent design. It’s quite fitting for the company as well as complimenting the Xbox aesthetic.

Moving back over to the PC space, Razer unveiled its Blue Screen, made of premium fibres. The company states rather than a traditional green screen, blue offer better keying thanks to the luminosity of the screen. 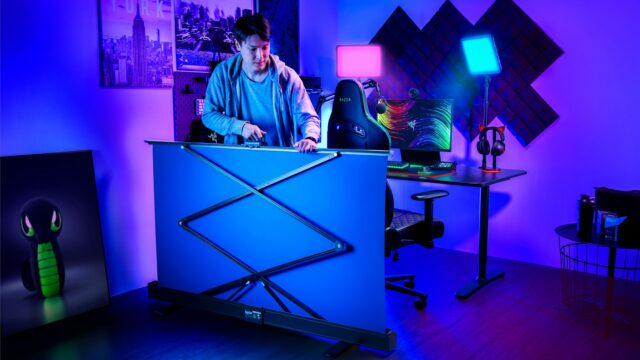 It has a height adjustment of 94-inches, perfect for quick one-handed deployment and collapsing. This makes for easy setup and teardown before or after a stream. Additionally, storage is also compact with a small footprint.

Razer is building off its successful Kraken Kitty headset line. The company is now introducing new interchangeable bear and bunny ears. As with the kitty ears, they are attached via three prongs, and each of the ears can be easily swapped. Each of the three prongs allows for individual customization and Chroma RGB zones. These can be set to individual ears. Moving forward, all three ear options will be available in the box.

Finally, the company is revealing quite a serious piece of hardware. Razer Edge is said to be the “ultimate Android gaming experience” This unique display is designed to complement Razer’s Kishi V2. The device is built using SnapDragon G3X Gen1, exclusively designed for Razer Edge. It features a 6.1-inch AMOLED FHD display. This display offers a best-in-class gaming experience with up to 144Hz. Razer Edge offers touchscreen compatibility with Gorilla Glass. The display supports a 288Hz sampling rate via touch. 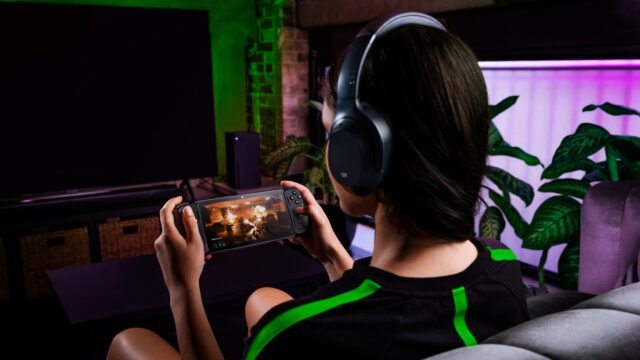 This is the first mobile gaming handheld featuring WiFi 6E. This means players will have access to an uncongested 6Ghz channel with multi-gig bandwidth. Of course, Razer is developing its Edge device for cloud gaming such as Xbox Cloud Gaming, NVIDIA GeForce Now, and Steam Link.

Finally, via the Razer Nexus app, players can actually stream from the device and even use a built-in webcam.

Razer Edge will launch in the U.S. exclusively with other regions rolling out at a later time. A WiFi version of the Razer Edge is available for $399.99 USD. Preorders start today on Razer’s website. The Razer Edge 5G is being supported by Verizon and is “coming soon.”