Back in May, RBC launched a promo offering a free Apple Watch Series 1 or iPhone SE 16GB for $79, for customers who switch over and open either an RBC Signature No Limit ($14.95 monthly fee) or RBC VIP Banking Account ($30 monthly fee). 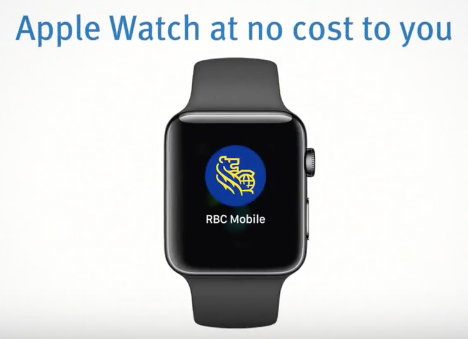 The promo was set to expire September 1, 2017, but now RBC has extended it September 29th.

Customers will need to setup two pre-authorized payments or a payroll as a direct deposit to quality for the Apple promo, plus stay with RBC for at least one year. Otherwise, the bank will charge you for one of the following:

Let us know if you’re going to be jumping on this.