Mobile is changing the banking world: customer satisfaction is rising among those who bank of their mobile phones in Canada, according to the latest J.D. Power 2016 Canadian Retail Banking Satisfaction Study, released today.

The study has found that 34% of the surveyed Canadians use their bank’s mobile app, up from 27% compared to a year prior. Overall, those who are using the mobile channel are more satisfied customers, compared to those who don’t, the J.D. Power study concludes.

“Self-service makes banking more convenient for customers, with mobile technology being a key element of self-service,” said Paul McAdam, senior director of banking services at J.D. Power. “Despite the growing number of digital channel interactions, there is more that banks can do to drive customers to self-service channels for routine transactions, which make it easier for the customer and more cost-effective for the bank.”

TD Canada Trust ranked second, only 4 points short of RBC (761). Among midsized banks, Tangerine received the highest satisfaction rate for the fifth consecutive year with a score of 840, performing well in the product category, while President’s Choice Financial ranked second with a score of 789.

The J.D. Power study is based on responses from more than 13,000 customers and was fielded between April and May 2016. 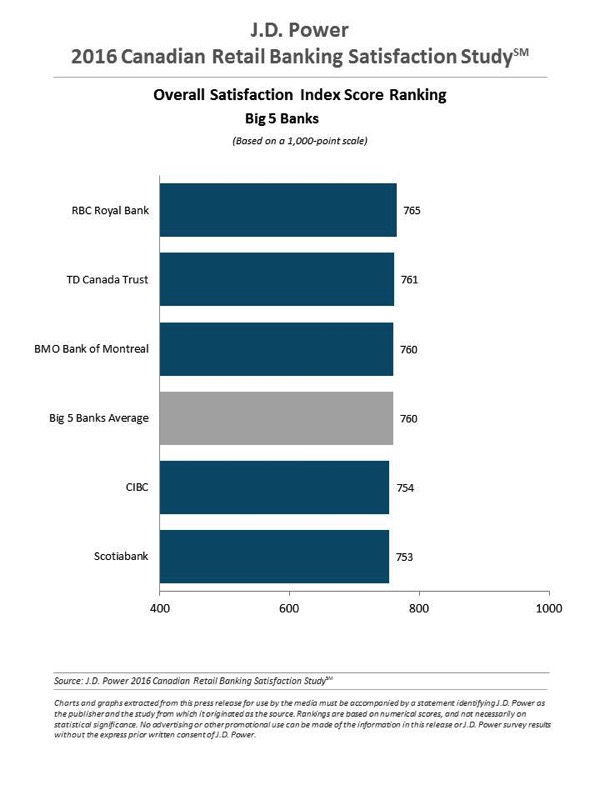 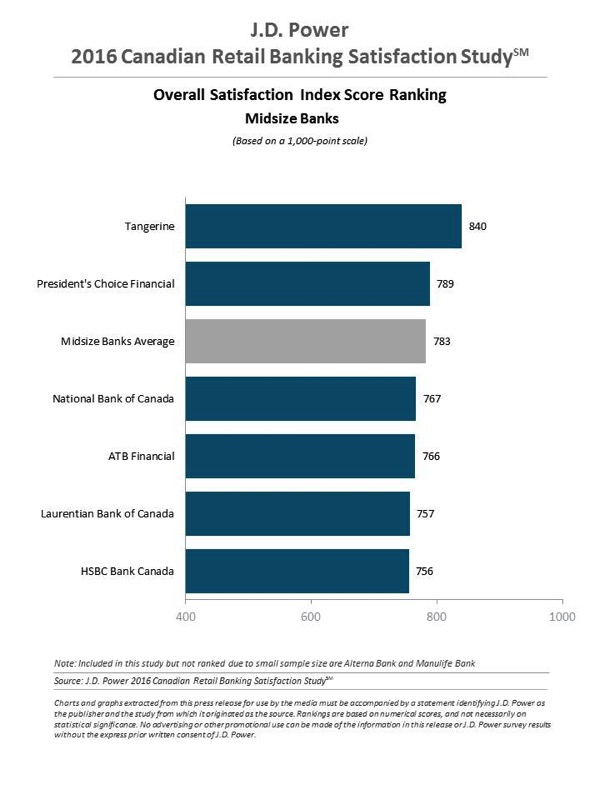