Const. Brent Benbow has told CBC News that the Prince George RCMP has been using Amazon bait packages with GPS trackers in them to catch mail thieves. Working with Amazon on the initiative since last January, Prince George is the first city in Canada to do this, revealed Benbow, who regularly shops on Amazon himself. 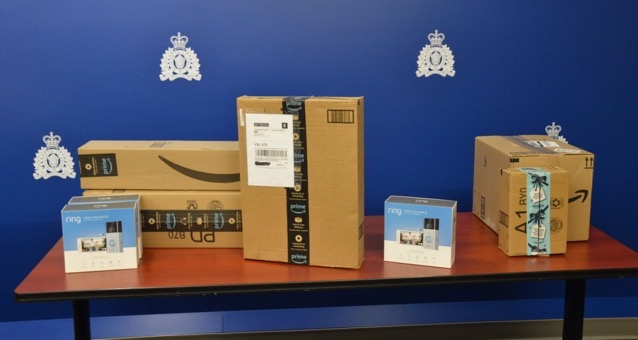 Benbow told CBC’s Betsy Trumpener that he got the idea to work with Amazon after hearing multiple reports of packages being stolen from people’s doorsteps. “I sent them an email, and from there till now, it’s been a great partnership and they’ve been super helpful,” he said.

When a bait package is taken, an activation is sent to the police and they are able to track live where it’s going. To date, there have been three activations, with one leading to the arrest of a 37-year-old male Prince George resident.

To find people to take part in the operation, Benbow reached out to people that have been affected by mail theft in the past. So far, he has about 42 contacts that are open to having bait packages set up on their properties.

So far, RCMP have delivered over 50 bait packages to various residential doorsteps and mailboxes throughout the city.

In celebration of Computer Science Education Week, Apple is introducing a new Today at Apple session, Coding Lab for Kids: Code Your First App, at Apple Store locations around the world beginning December 5. For those who aren’t familiar, the Today at Apple program offers free, daily in-store sessions that assist customers in unleashing their...
Usman Qureshi
1 min ago