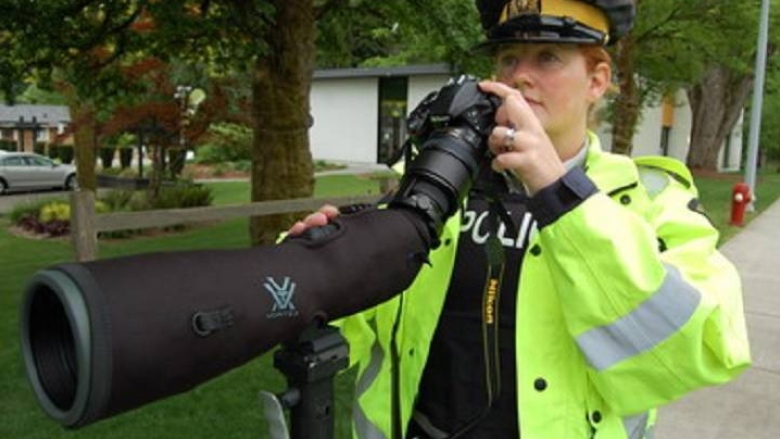 British Columbia’s RCMP traffic units have a new tool to scope out distracted drivers from an increased distance.

The new distracted driving scopes will enable policing of drivers who are using electronic devices or drivers that are not wearing seatbelts from up to 1.2km away. The scopes are also attached to cameras for photographic proof against anyone who is not willing to comply.

The province of British Columbia recently announced that fines for distracted driving will be doubled as of June 1. The roll-out of the resource continues province-wide as another May long weekend approaches which marks the start the annual ramp up in measures against unsafe or dangerous drivers. Last year over the long weekend, the RCMP in B.C. handed out 199 tickets to drivers using electronic devices.

This week is also National Road Safety week, a campaign aimed at preventing speeding, aggressive driving, impaired driving, not using seatbelts and of course electronic devices while behind the wheel.