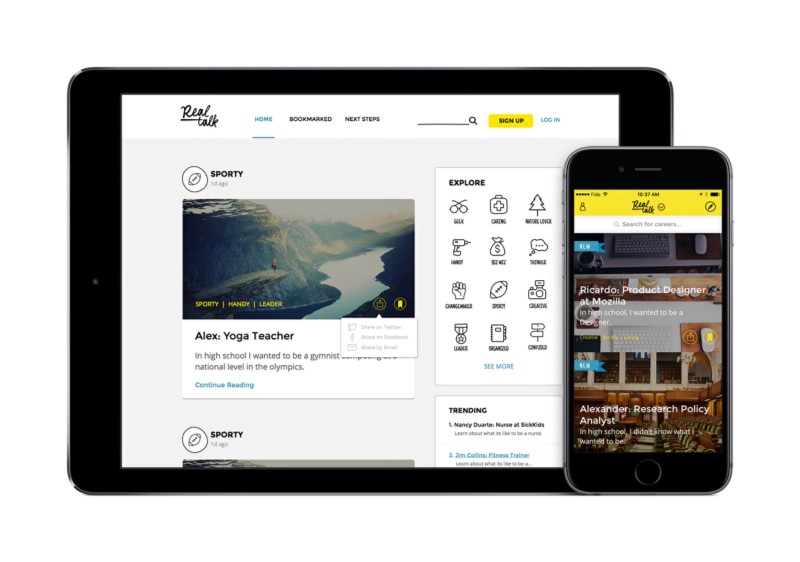 The Learning Partnership launches “Real Talk,” a new app that provides high school students with a new way to discover and think about careers.

The app provides the students with advice from young people who have recently made the transition from school to work. The company spoke with students from across the country to try and gather information about what they need to help them make choices about those post-secondary options.

Real Talk includes “what I wish I knew when I was in high school about the world of work”, advice for success, recommended resources and basic salary information. In a statement, President and CEO of The Learning Partnership Akela Peoples said:

“As an organization committed to supporting, promoting and advancing publicly funded education, we are thrilled to launch an app that will support our young people in making choices about life after school. Real Talk promotes multiple paths to success: there are profiles representing career fields leading from college, apprenticeship, university, and grad school as well as profiles of young Canadians who have gone straight to work after high school (which is about 30%). Young people from almost every province and territory are represented.” 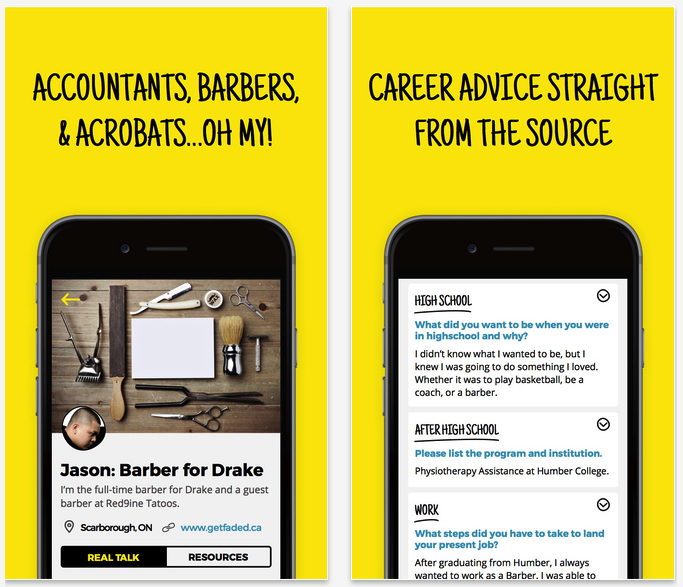 To create the app the company partnered with Workopolis, Raise Your Flag, and creative app design team Tiny Hearts from the Digital Media Zone (DMZ) at Ryerson University. Real Talk is available as a free download from the App Store.