The developers at Realmac Software, creators of Clear and Clear+ for iOS, have been stuck with a conflict between its original app for iPhone and the newer Clear+ app for iPad. Dan Counsell, founder of Realmac, says the two offerings will now be combined into a single paid offering, and it will keep the original name, Clear.

Clear+ users will be moved to Clear, which will become the only app offered through the App Store. The original app will remain free for everyone, within two 24-hour periods at unspecified dates in the coming weeks. Previously, Clear was selling for $1 and Clear+ was priced at $5.

“As Apple doesn’t offer a way to migrate users between copies of an app, we’re going to make Clear free for 24 hours so owners of Clear+ can move to the correct version free of charge.”

To be notified about when the app will become free of charge, simply sign up at the bottom of this page and you will get a notification of the free download times. 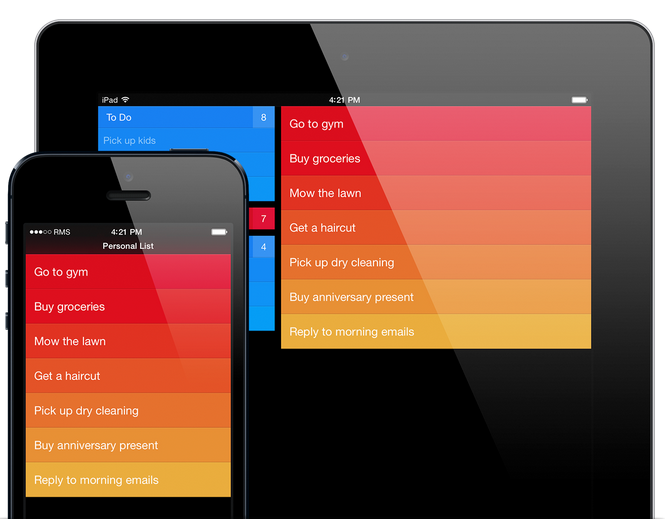 In an open letter to its customers, Counsell said:

“We know this is risky—we rely on the income from Clear to run our small, independent company—and so whilst this was by no means an easy decision for us to make, we simply want to do the right thing for you, our customers.”

Clear originally launched in 2012 as an iPhone-only app. Late in 2013, Clear+ was introduced which brought the list-making app natively to the iPad.

The existence of both apps has caused some confusion among users. Counsell wrote:

“We’ve heard from customers that they are excited to pick up Clear but uncertain which version to buy—or even worse—users mistakenly buying the iPhone version when they want the Universal version.”

Realmac Software has decided to combine both offerings into a single app to meet customer expectations. Download a copy of Clear for iOS from the App Store.