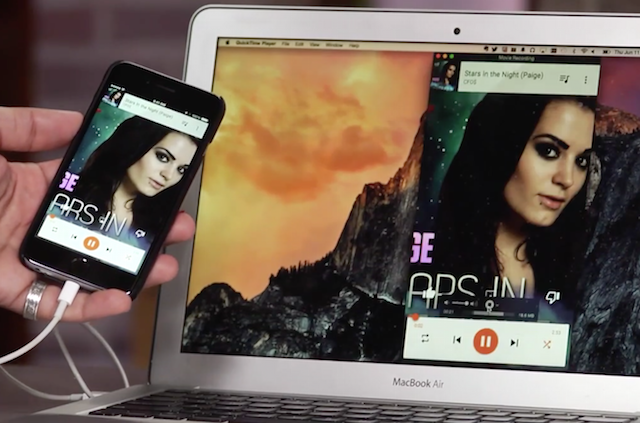 The folks over at CNET have just published a very useful video on YouTube that shows you how to easily record your iPhone’s video and audio with the latest version of OS X for free, without requiring any additional software. We’ve broken down the video tutorial into simple steps to make it ever easier for you. Here’s what you need to do:

Make sure you’re running OS X Yosemite on your Mac.

Connect your iPhone to the Mac with a USB cable, and launch the QuickTime Player.

Go to File > New Movie Recording. This will open up the video from FaceTime camera on your Mac with a record button.

Now click the little arrow button to the right of the record button and select your iPhone by its name under ‘Camera’ from the dropdown menu. This will change the video feed from Mac’s FaceTime camera to your iPhone’s screen.

If you’d like to capture your iPhone’s audio as well, simply click the little arrow beside the record button again and select your iPhone by its name under ‘Microphone’.

Finally hit the record button and your iPhone’s screen will begin recording complete with audio.