Two talented musicians, Cael Radian and Drewmat, went into their local Apple Store with a microphone, audio interface, headphones, and some iPhones as cameras, and ended up recording a full song from scratch. 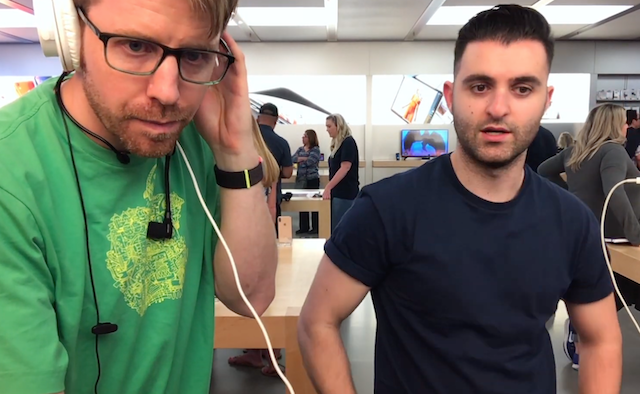 Since most Apple store iMacs have Logic built-in, the artists used theirs to build a full instrumental from scratch, wrote out the lyrics, and recorded vocals all in one visit. The whole process took about 6 hours.

We limited ourselves to only using stock Logic sounds, plug-ins, and only the computer’s default settings and features. This he song ended up becoming “Apples and Oranges”.

You can stream the full song via Soundcloud at this link. In the meantime, check out their impressive recording gig in the following video and let us know what you think.