RTS Nostalgia is Back With 4K ‘Command & Conquer Remastered’ Collection

The nostalgia is back with the release of the remastered Command & Conquer collection. 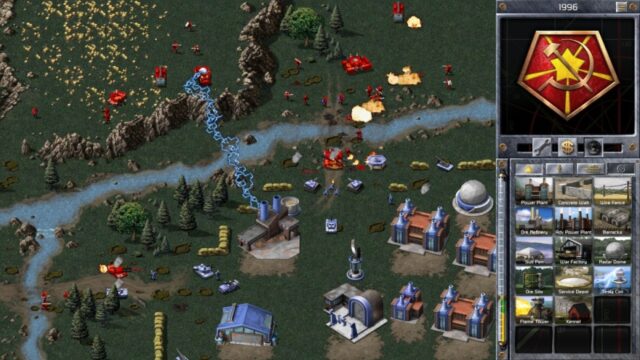 25 years after Westwood Studios’ first Command & Conquer game kicked off the hit real-time strategy series, gamers can roll back the clock with the Remastered Collection.

EA is collaborating with RTS specialists Petroglyph — founded by ex-Westwood staff — to make Command and Conquer Remastered. “Bottom line, there is no better way to achieve this than to partner with some of the talented developers who brought these original games to life,” said Jim Vessella of EA in the announcement.

C&C Remastered has added a pretty long list of upgrades for the collection. Developer Petroglyph have created new 4K assets for the game, the sleek and not pixelated ones above. Petroglyph have also re-imagined the interface, opting for a modern sidebar option that they say should reduce all that scrolling you have to do.

Gamers can change between legacy and remastered 4K graphics in real-time when playing solo mode, and a bonus gallery with more than four hours of B-roll, including making-of photos and unreleased music tracks, is included. Deep support for mods via the Steam Workshop is baked in.

Multiplayer includes 1v1 quick matches, where players can fight their way to the top of the leaderboard, while solo players can still fight the AI in skirmish mode with controllable difficulty settings.

The Remasted Collection is now available on both EA’s Origin store and Steam for $20 USD, and it includes both both Command & Conquer: Tiberian Dawn and Red Alert, as well as their expansion packs: Covert Ops, Counterstrike and The Aftermath.