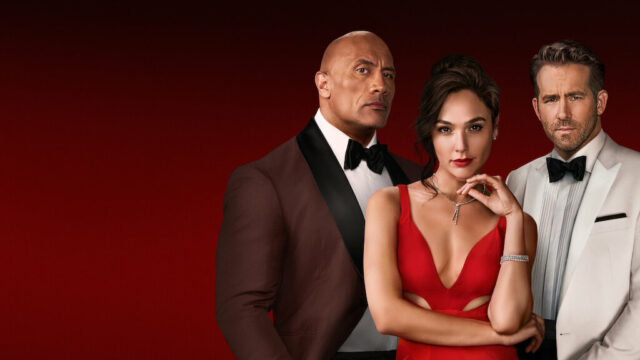 Netflix has released its latest Top 10 films ranking list. Covering November 8 through to November 14, Red Notice claimed the number one spot with a total of 148,720,000 hours viewed globally. It’s an impressive debut as the film was released on the streaming service on November 12. According to Netflix, Red Notice was the number one film watched on the streaming service in Canada as well as the US, Australia, New Zealand, the UK and other other countries.

Red Notice stars Johnson as an FBI agent tracking down a notorious criminal played by Gadot. In order to do so, he must team up with a renowned art thief at his behest. The film is directed and written by Rawson Marshall Thurber, who’s previously directed Johnson in ‘Skyscraper’ and ‘Central Intelligence’.

The following films round out the rest of the Top 10 list:

Microsoft has launched a new privacy-themed learning experience dubbed Privacy Prodigy in Minecraft Education. This experience is designed to teach teenagers about personal data and celebrate Safer Internet Day. February 7th marks Safer Internet Day, the 20th annual recognition of the importance of safety, privacy and security on the web. As part of the celebration,...
Steve Vegvari
13 mins ago

Apple is reportedly due to host an employee-exclusive AI summit next week. According to Bloomberg's Mark Gurman, this intimate summit will take place at the Steve Job Theater in Apple Park In a series of Tweets, Gurman notes that Apple is expected to hold its "annual internal AI summit" sometime next week. This particular summit...
Steve Vegvari
36 mins ago