As noted by TechCrunch, a new integration in the Reddit iOS app allows users to share their favourite content, including text, link, and image-based posts from the platform’s “Safe for Work” communities, directly to Snapchat. According to Reddit, the move will hopefully encourage younger users to use its service more frequently. 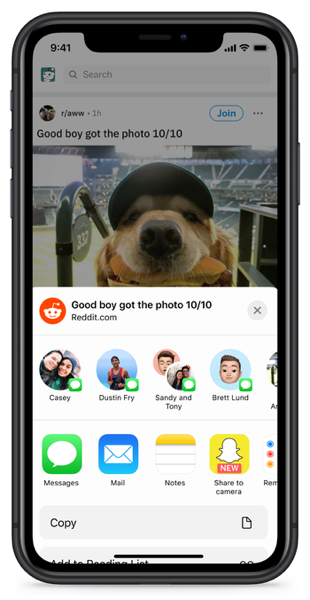 
“Reddit empowers discovery and discussion that many Snapchatters love. With this integration, Snapchatters will be able to share interesting posts they find, adding new context and conversation-starters to their Snaps,” said Ben Schwerin, VP of Partnerships at Snap Inc., in a statement about the launch. “As shared Snaps drive engagement back to Reddit — this helps advance the power of community and connection across both platforms,” he added.

Reddit will be rolling out the new sharing feature for Android users very soon.