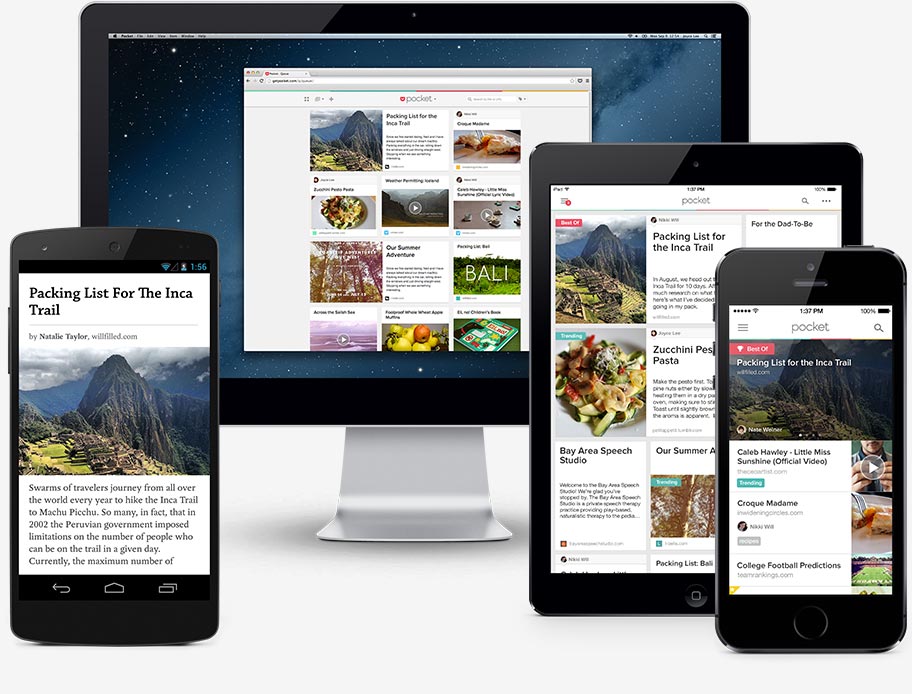 Pocket is today celebrating its 3rd anniversary by introducing a completely redesigned Pocket for web, making it more responsive and accessible on any web-friendly device without having to download and install the app. In addition, the company has also successfully raised a new round of investment while welcoming Dayna Grayson of New Enterprise Associates to its board of directors.

The completely redesigned Pocket for web automatically scales and fits every screen size, so users can browse their Pocket comfortably everywhere from their smartphone’s browser to their large desktop monitor at home. The interface also has a fresh look that’s both smart and clean.

“We’ve enhanced and polished Article View with subtle touches, adding a progress bar and title at the top of the screen, providing immediate context if you stop reading and come back to finish the article another time. We’ve also made a change many of you have requested and expanded dark mode across the entire Web app. If you like to read late at night or while on a red-eye flight, you’ll rejoice at this change”.

Lastly, a fixed menu is now always available at left, which makes it much faster to get to anything in your list, meaning Favorites, Tags, and Inbox are now just a single click or tap away.

You can try out the all the new Pocket for web here.