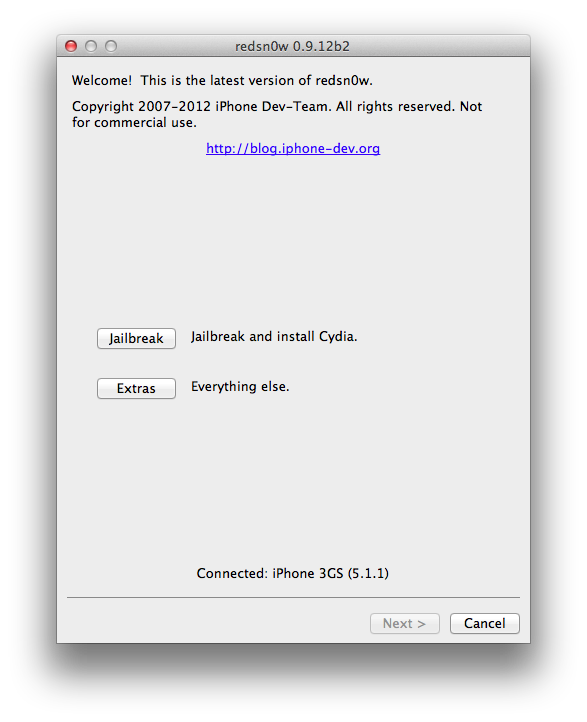 The iPhone Dev Team has released an update the Redsn0w, their most popular jailbreaking tool. In the last update, they added the new Rocky Racoon jailbreak that was introduced in Absinthe 2.0. This allows Redsn0w to jailbreak all iOS devices, untethered, on the latest firmware. In this update, Redsn0w now let’s you decide how you want to jailbreak, depending on your device. If you have a device that is exploitable be the old limera1n exploit, Redsn0w will show a new pop up that asks you if you would like the use the old DFU mode method to jailbreak, or use the new back-up/restore method, that does not require DFU mode. 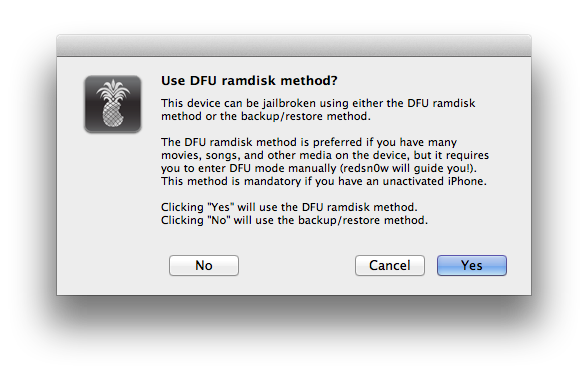 Starting with version 0.9.12b2, redsn0w will now explicitly ask users with limera1n-able devices whether they want to inject rocky-racoon using the DFU ramdisk method or the backup/restore method (the ramdisk method is better for those with lots of media on their device that would create very large backups, and it’s required for those with unactivated iPhones).  If you’ll always want to use limera1n, you can select that in the Preferences pane.  It also fixes an iBooks issue on old-bootrom 3GS iPhones, and provides more useful error messages when things go wrong.

If you have already jailbroken your device, there is no need to run this, but pre A5 device users needing to restore and re-jailbreak will find this update a lot easier and faster. The DFU mode method does not require the lengthy back-up and restore, so the jailbreak goes much quicker.