Augmented reality company Mojo Vision carried out an online survey in September last year, asking people about their attitudes on tech distraction and how they try to curb device dependence. The survey concluded that reducing the amount of time spent on digital devices is not a long-term solution to phone addition (via CNET). 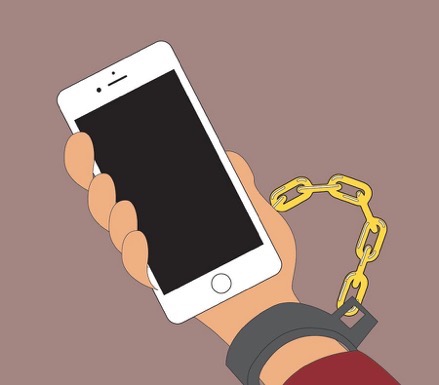 The survey, which involved over a 1,000 respondents, found that 54% users said cutting back on technology, particularly smartphones, didn’t lead to them spending less time on their devices, or they were unsure if it had that effect. In fact, one in three respondents said their usage either went up when they began using their device again.

The survey also shows that nearly 31% of people are concerned technology has negatively affected our ability to connect with each other.

The top three concerns people cited regarding extensive use of devices include that it hurts the quality of interactions (65 percent), it keeps us from being present (63 percent) and it keeps people from interacting with one another (62 percent).

Results of the survey, which had a margin of error of 3% or less, also highlight that 50% of people expect tech devices to evolve to better fit their lives rather than people changing their habits to cut tech’s distractions.

Apple earlier this month unveiled Apple Watch Ultra, the tech giant's highest-end smartwatch to date. The premium smartwatch carries a starting price of $1,099 and is geared towards extreme athletes and adventurers. Apple Watch Ultra is designed to be the perfect companion for when you're far away from civilization, whether you're below sea level or...
Nehal Malik
12 mins ago