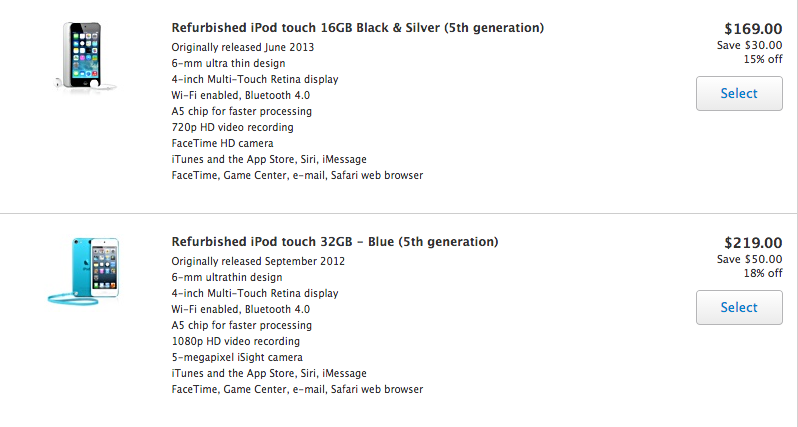 Earlier this year, Apple dropped the price of the 16GB 5th generation refurb by $20 to $169 after quietly debuting a newer model with an iSight camera.

These refurbs don’t usually last long online, and do come with a standard one-year warranty from Apple. Early Christmas shopping anyone?