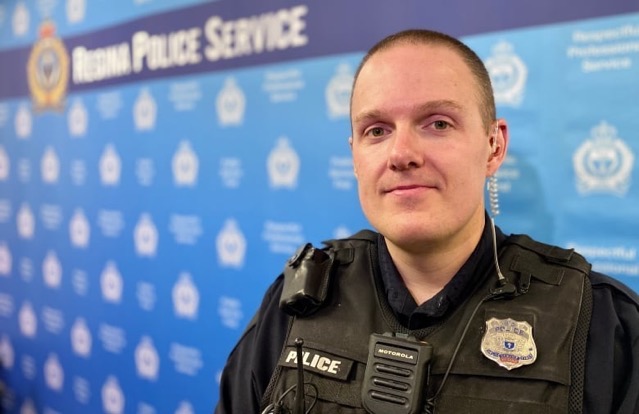 Seel, who caught four drivers watching videos last Saturday night alone, says the number of people watching TV while driving seems to be increasing. “I’ve been behind people and I actually thought they’re impaired because their vehicle keeps turning … and coming back,” Seel said.

One of the drivers he busted over the weekend was watching the Saskatchewan Roughriders game right in front of his steering wheel, while the other three were caught watching YouTube.

“That was quite shocking. I had to do a double-take because I saw the phone on, and then I kind of registered what was on the phone,” said Seel.

“He denied being on his phone and I was trying to be respectful and not embarrass him, but he didn’t wanna give me his licence and argued that he wasn’t on his phone.

“When I told him what I saw on the phone, he very sheepishly gave me his licence — and actually, I found out that he was also suspended from driving.”

At the beginning of his shift on Oct. 11, Seel was only eight tickets shy of beating his last year’s record of distracted driving tickets.