Here’s a pretty interesting discovery by folks over at FSM. A new field in Contacts.app labelled as “Related People” has been found in iOS 5 Gold Master which gives you the option to unify your contacts based on their relations such as mother, father, spouse, child, brother and sister. As the source notes, in case you’ve been wondering how Siri would know who your wife is? well this seems to be the answer. Take a look at the screenshot below: 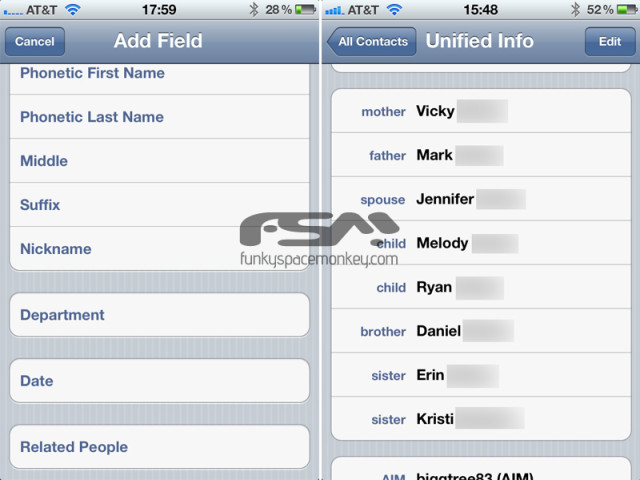 If you haven’t heard about Siri yet, it is an iPhone 4S exclusive voice assistance technology that lets you use your voice to send messages, schedule meetings, place phone calls, and more. You can even ask Siri to do things just by talking the way you talk. Siri understands what you say, knows what you mean, and even talks back. According to Apple, It is so easy to use and does so much, you’ll keep finding more and more ways to use it. You can check out Siri’s awesomeness in video posted here.