Apple has updated its Remembering Steve tribute page with messages from fans:

Over a million people from all over the world have shared their memories, thoughts, and feelings about Steve. One thing they all have in common — from personal friends to colleagues to owners of Apple products — is how they’ve been touched by his passion and creativity. You can view some of these messages below.
And share your own at rememberingsteve@apple.com 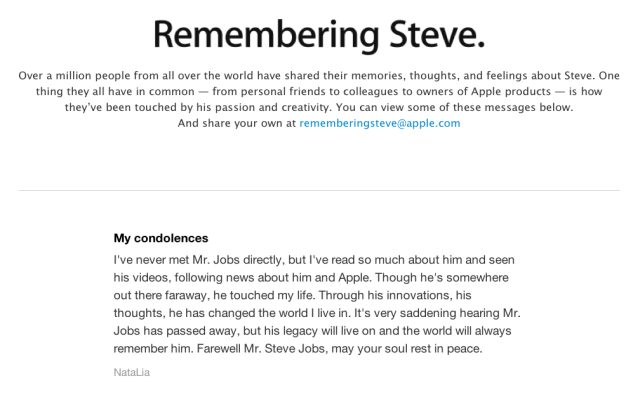 Messages are constantly being updated in a stream, and some are very heartfelt. Read away or send in your own.

Apple has just teased a handful of new titles which will be added to Apple Arcade’s ever-growing catalog of games during the month of December. In a tweet posted earlier today, Apple shared the following three new games are coming to its gaming subscription service this month: Dead Cells+ by MotionTwin JellyCar Worlds by Walaber...
Usman Qureshi
7 mins ago

Twitter has today highlighted its continued commitment to promote and protect the public conversation, noting that it is now better positioned to realize its ambitions than ever before. "As you’ve seen over the past several weeks, Twitter is embracing public testing,” the social networking company said in a blog post titled 'Twitter 2.0.’ “This open...
Usman Qureshi
22 mins ago