Remembrance Day: Lest We Forget

In Flanders fields the poppies blow
Between the crosses, row on row,
That mark our place; and in the sky
The larks, still bravely singing, fly
Scarce heard amid the guns below.

We are the Dead. Short days ago
We lived, felt dawn, saw sunset glow,
Loved, and were loved, and now we lie
In Flanders Fields.

Take up our quarrel with the foe:
To you from failing hands we throw
The torch; be yours to hold it high.
If ye break faith with us who die
We shall not sleep, though poppies grow
In Flanders Fields. 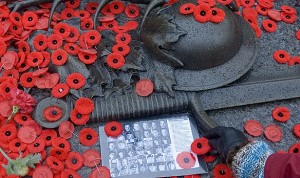 Google announced on Thursday it will be shutting down Stadia, its cloud gaming service, in January 2023. The announcement took many in the gaming community by surprise, but it wasn’t an unexpected one. “While Stadia’s approach to streaming games for consumers was built on a strong technology foundation, it hasn’t gained the traction with users that […]
Gary Ng
4 mins ago

Amazon announced today it will stream 25 James Bond films on Prime Video beginning on October 5, 2022. According to the company, these 25 Bond films set to stream in Canada, the U.S., UK and other key territories is part of the 60th anniversary celebration of the iconic film franchise. Also coming is The Sound […]
Gary Ng
51 mins ago