Reminders Finally Come to Google Calendar on the Web 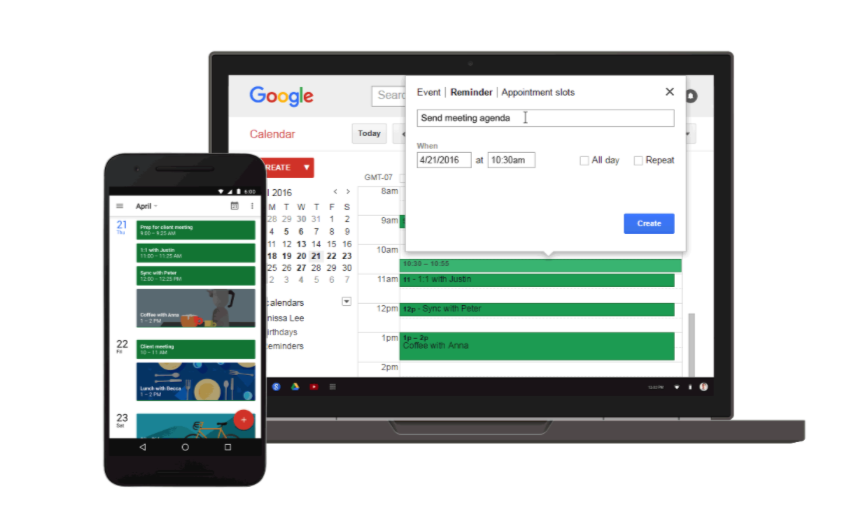 A few months after adding Reminders to Google Calendar on iPhone and Android, Google is bringing them to the web. Reminders will be rolling out to Calendar’s web users this week.

The feature will work the same way as it does on mobile. Reminders appear just like events, slotted in at the date and time you set them for. Unlike events, a Reminder won’t disappear when the day is over, however it will remain the top of your calendar until it’s marked complete.

Just like the native Calendar app on iOS and Android, Reminders in Google’s web version of Calendar will let you:

– Reminders stick around – If a reminder isn’t completed, it will appear at the top of your calendar until you mark it done.

– Reminders work across Google – Reminders you create in Inbox, Keep, and the Google app will also show in Google Calendar.

– Reminders sync with mobile – Reminders created in mobile show up on the web and vice versa. So you can stay on track from just about anywhere.

Reminders have been rolling out across Google properties over the last year. They started in Gmail’s Inbox app, and then came to Keep and Calendar. Reminders will sync across all of Google’s properties that support them. For example, if you create a reminder in Inbox, it will also show up in the Calendar app.

Now with support from Calendar on the web, Reminders are available across most of Google’s core organization apps.