As spotted by AppleInsider, Apple has filed for three patents — published today by the US Patent and Trademark Office — with a biometric theme. What makes these applications interesting compared to other biometric themed filings is the implementation of fingerprint technology into a remote control. Since a set-top-box or a TV is particularly mentioned in one of the patents as an example, this makes future Apple set-top boxes attractive if it is implemented, considering the benefits it brings and the possible product refresh rumoured for this fall. 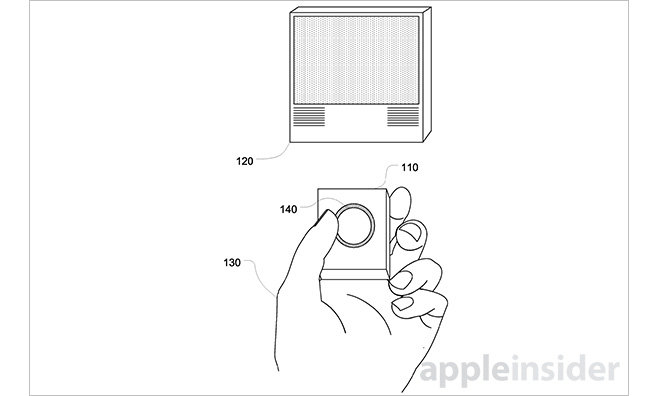 The patent describes a biometric remote control, which allows the user to interact with the device. What is particularly noteworthy is that fingerprints can be associated with user profiles, which means custom settings, such as channels, content and others.

Depending on the positioning, the authentication and users’ profile load can take place in seconds, and the most appealing feature is that it happens naturally, especially if the fingerprint sensor is placed under the power button. Simply put, this means the remote will authenticate the user when turning the device on, and load the content settings accordingly.

This option can be particularly attractive for parents, as it acts as an automated parental control: your children will only have access to adult content if you allow them, via biometric authorisation.

The patent applications were filed in January 2014 and credit Nicole J. Hollopeter, Michael DiVincent and Ruben Caballero as inventors.