Google has today announced in an official blog post that it is adding some new tools to Google Maps that will help the community stay informed when they’re behind the wheel. The company notes that the new tools are aimed at making it even easier to submit any driving incidents on Google Maps in real-time. 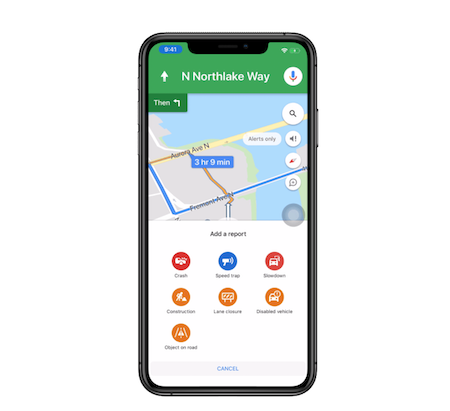 Additionally, Google is introducing the ability to report four new types of incidents i.e. construction, lane closures, disabled vehicles, and objects on the road, such as debris. This will allow users to quickly know if they’ll encounter one of these potential obstructions on their ride and plan accordingly.

To report an incident using an iPhone, simply open up the Google Maps app, tap on the + sign and then on “Add a report.”

The new features are rolling out for users worldwide starting this week.