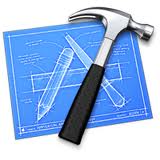 According to the TIOBE Programming Community Index for July 2012, Objective-C has overtaken C++ as the third most popular programming. C topped the list leaping ahead of Java which holds down the number two spot.

Tiobe, a company who designs software that analyses code to ensure it follows coding standards, attributes this rise in Objective-C’s popularity to the increasing numbers of iOS devices. Java maintains a strong usage rating partly due to the fact that it is the most common language for creating Android app.

The TIOBE Programming Community index is an indicator of the popularity of programming languages. The index is updated once a month. The ratings are based on the number of skilled engineers world-wide, courses and third party vendors. The popular search engines Google, Bing, Yahoo!, Wikipedia, Amazon, YouTube and Baidu are used to calculate the ratings. Observe that the TIOBE index is not about the best programming language or the language in which most lines of code have been written.

It’s not hard to see that the future of software development is in the mobile space, especially with hundreds of millions of iOS devices in existence. I would love to hear what you think.