Termed by researchers as the “iPad Neck”, it is a condition characterised by a persistent pain in the neck and upper shoulders “caused by slouching into extreme positions” while using the iPad or other tablets.

Researchers from the University of Nevada have laid out some facts about the condition in a newly published research paper, while also pointing out who it is most likely to affect and how to avoid it (via Cult of Mac). 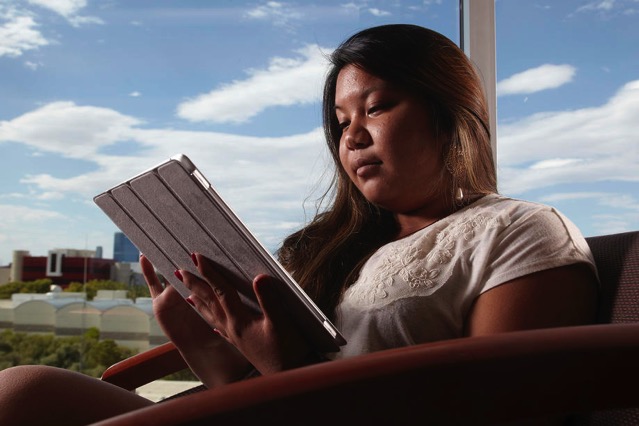 The research, published in the Journal of Physical Therapy Science, notes that the iPad Neck is more likely to affect younger adults, and is more than twice as likely to affect female iPad users than males. Nearly 70% of the survey participants who reported experiencing symptoms while using their tablets were females.

Around 15% of respondents suffering from iPad neck said it badly affected their sleep, while 46% of sufferers said they stopped using their tablets when symptoms began to appear.

UNLV physical therapy professor Szu-Ping Lee, lead author of the study, said the results are concerning, due to how much we rely on our iPads. “Such high prevalence of neck and shoulder symptoms, especially among the younger populations, presents a substantial burden to society,” he noted.

So what are the takeaways from the study? That you should ideally use your tablet while sitting somewhere with good back support.

To learn more about the condition and how to prevent it, hit up this link.