Published in the American Heart Association journal Circulation: Cardiovascular Imaging earlier this week, a groundbreaking study by researchers at the University of Toronto has found that a quick video selfie can be used to accurately measure a person’s blood pressure. 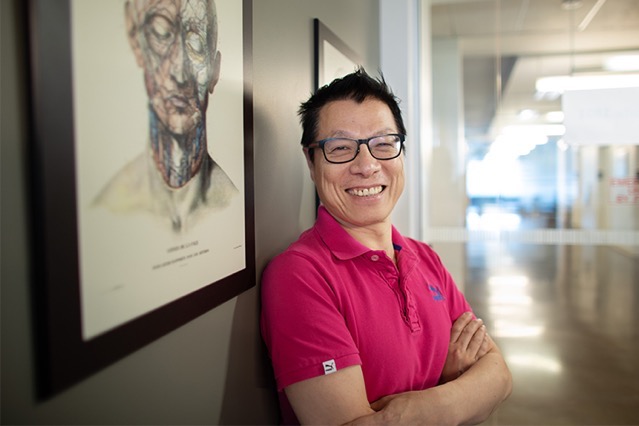 Led by Kang Lee, a professor of applied psychology and human development in Ontario, the study used a technology called ‘transdermal optical imaging,’ which he discovered while working with his postdoctoral researcher Paul Zheng, to measure the blood pressure of 1,328 adults by capturing two-minute videos of their faces on an iPhone.

Lee worked with researchers from the Faculty of Medicine’s department of physiology, and from Hangzhou Normal University and Zhejiang Normal University in China on the study, which showed that it is possible to measure three types of blood pressure with 95 to 96% accuracy using this method:

Three years ago, Lee and Zheng were attempting to build a contactless lie detector, but in the process they discovered that similar technology could measure blood pressure.

“With lie detectors, it only benefits a very small group. But if I can measure blood pressure, we can benefit a lot of people,” Lee says.

“From the video captured by the technology, you can see how the blood flows in different parts of the face and through this ebb and flow of blood in the face, you can get a lot of information,” says Lee.

Lee says there is more research to be done to ensure that health measurements using transdermal optical imaging are as accurate as possible.

The folks over at YouTube channel TechRax decided to blend Apple’s latest flagship iPhone 14 Pro in a durability experiment and see what happens. Earlier this week, the same folks tried to give the iPhone 14 Pro a facelift by sawing off the rear camera bump. The camera island on the back of this year’s iPhone 14...
Usman Qureshi
37 mins ago

Amazon has just offered a sneak peek at all of the games Prime Gaming subscribers will be able to access for free starting Saturday, October 1st. Prime Gaming is Amazon Prime's home for gamers. Benefits include in-game loot, free games every month, a free monthly channel subscription on Twitch, as well as all the benefits...
Usman Qureshi
47 mins ago