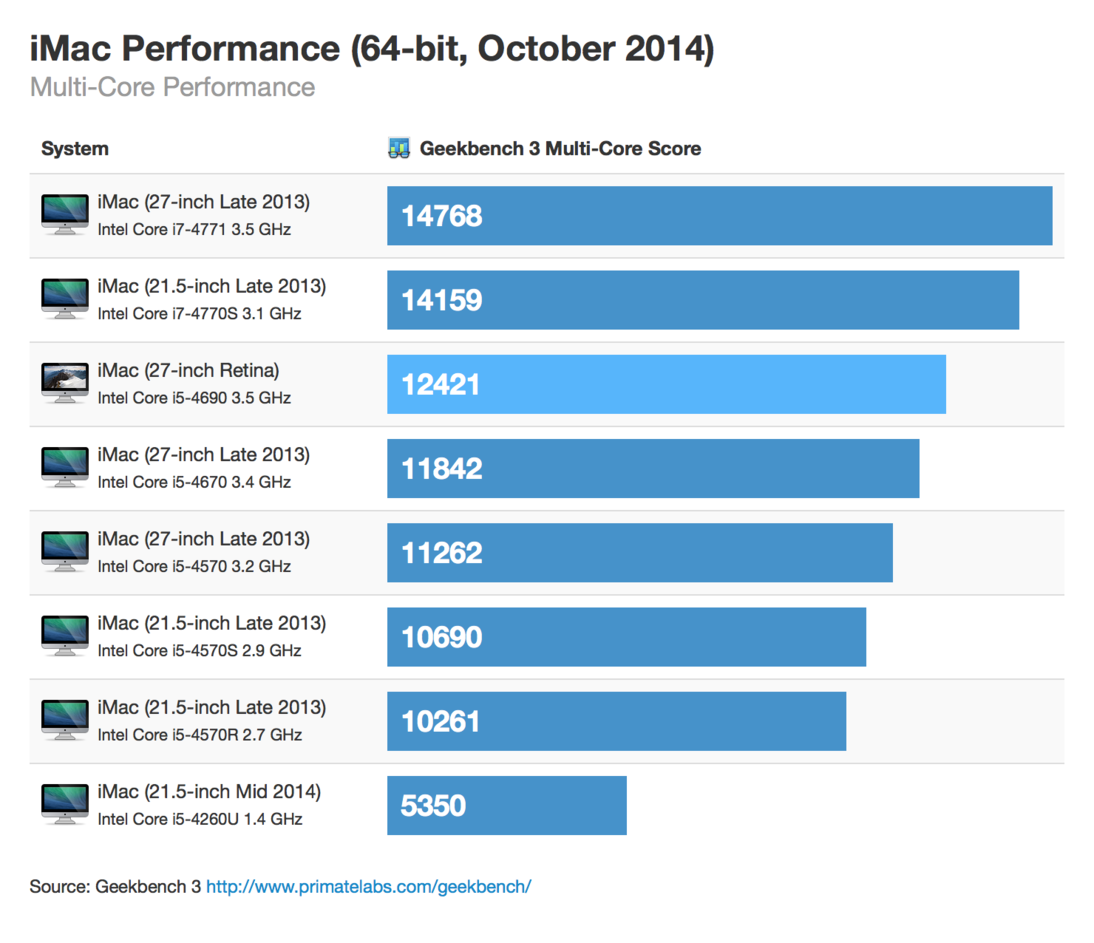 These Geekbench results aren’t surprising since all of the iMacs use Haswell processors, so any performance increase is due to the increase in clock speed. If you’re wondering how does the Retina iMac perform compared to the Mac Pro, the following results should give you the answer. 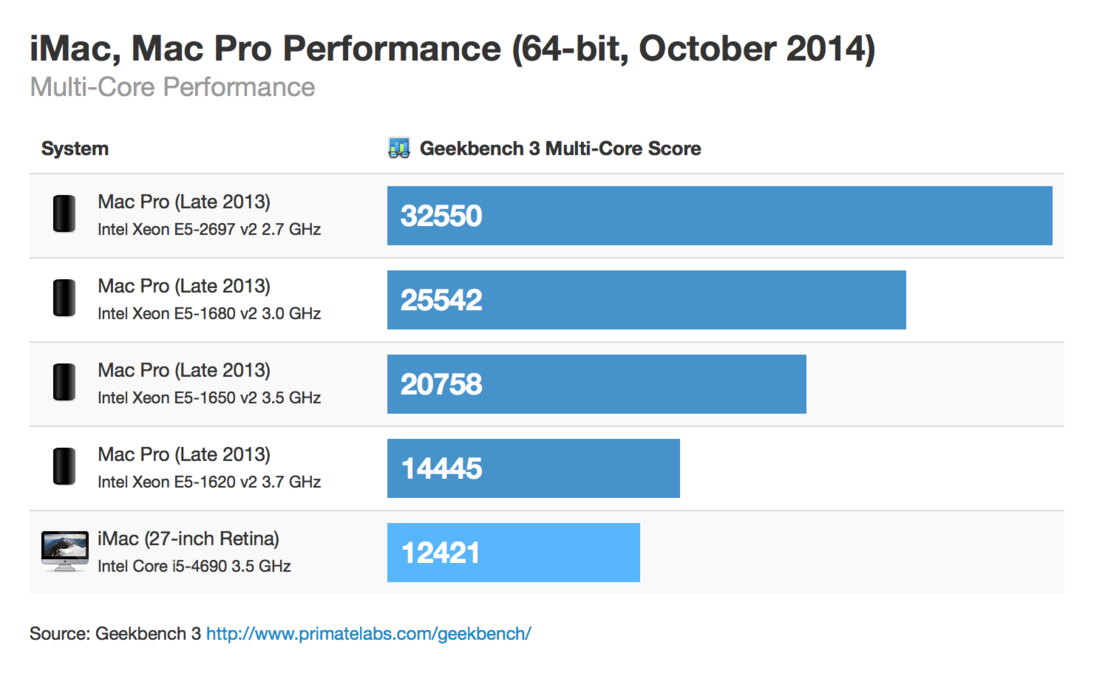 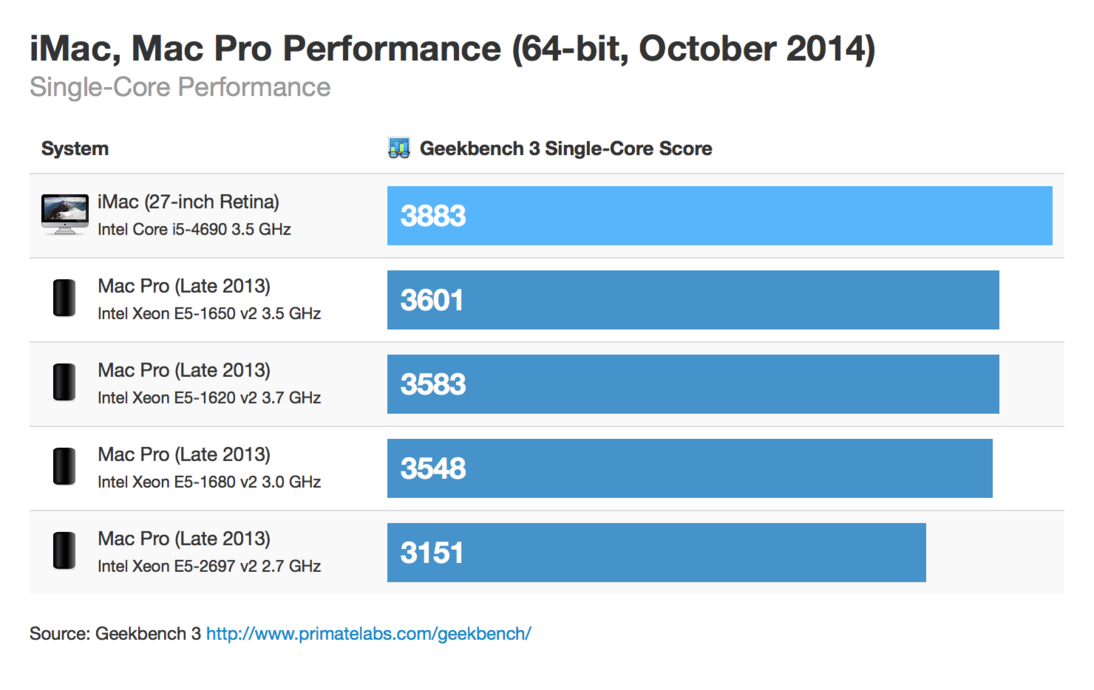 Do you plan on buying a Retina iMac any time soon?