Back in 2011, Apple acquired Israel based flash storage maker Anobit for $400 million, the Cupertino company’s first acquisition under the leadership of Tim Cook. It seems that the investment has finally started to pay off as the latest 12-inch Retina MacBook features an in-house SSD controller, most likely born of the company’s three year old acquisition, AppleInsider reports. The new chip bears part number 338S00055, and has been confirmed by ChipWorks to be an Apple custom device. 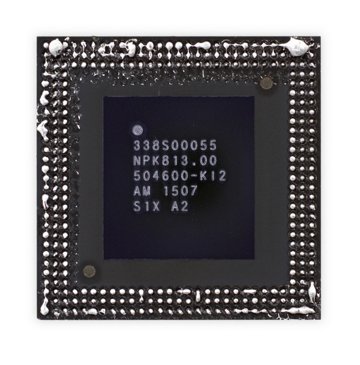 OS X’s System Information utility reports the part as “Apple SSD AP0512H”, which has reportedly been fabricated by Taiwanese chipmaker TSMC. Apple has definitely taken a logical step by moving to an in-house SSD controller, rather than using parts from longtime suppliers Toshiba or Samsung, as the company continues to become more vertically integrated. The source notes that Anobit’s MSP technology improves speed and reliability in NAND flash by predicting and reducing write errors.

“At the same time, Apple’s new controller enabled the company to shift its SSD interface from the venerable AHCI protocol to NVMExpress, a replacement protocol specifically optimized for PCIe SSDs that has yet to be widely adopted in consumer devices. NVME brings with it a number of performance improvements, which also lead to power efficiency gains as drives spend more time in low-power idle modes”.

If Apple shifts towards fully-integrated NAND architectures, it would be a major blow for Toshiba, Samsung, SK Hynix, and SanDisk, who supply the bulk of Apple’s NAND worth billions every year.