Revealed: The Backstory of Steve Jobs as FDR in Apple’s 1984 Promo Film 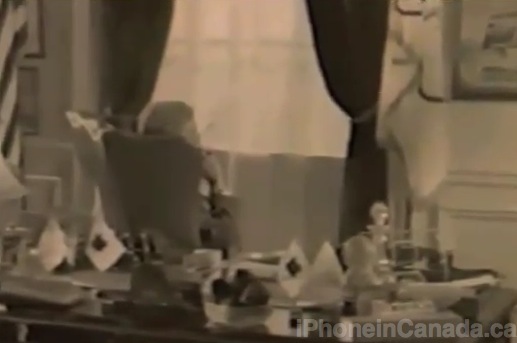 You might recall last week a video surfaced on the web of an Apple promotional film that depicted Steve Jobs as U.S. President Franklin Delano Roosevelt, from 1944. Now, Michael Markman reveals the backstory of how his early Apple project has made its way to YouTube on his blog.

Markman was the creative director for Image Stream, an L.A. based AV company at the time. The WWII movie was created for the Apple International Sales Conference in the summer of 1984. Here is a snippet:

I called Chris in L.A. to outline what we were thinking. War movie. Stock footage from the D-day landings. Chaplin as Adenoid Hynkel hanging on the wall. Mac marketing team in cameo roles. And the topper: Steve as FDR. He said he’d start looking for a director (or maybe he had one in mind).

Glenn, Mike, and I marched into Steve’s office to give him the pitch. Pretty much the way I outlined it in the previous paragraph. Steve’s eyes were sparkling through it all. By the time I got to, “and you as FDR,” I had made the sale. In the binary universe of Steve Jobs, something is either a zero or a one. This was a one. Instantly. Definitively.

If you haven’t seen the commercial yet…you’re in for a very awkward surprise. Check out the jump to the Jobs part of the video below:

You can read the entire backstory here, and here’s a link to the full video.