The FBI served a search warrant on US Senator Richard Burr Wednesday as an investigation pushes forward on whether or not the senator violated a law that prevents members of Congress from trading on insider information they learn from their work. 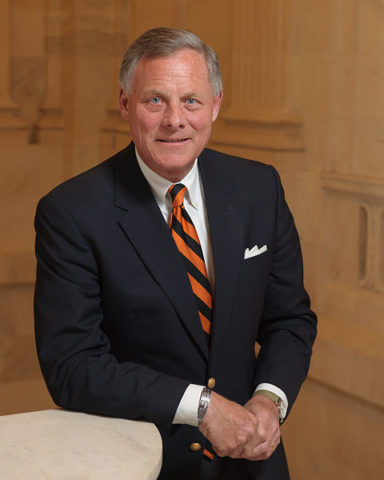 According to a new report from the LA Times, federal agents seized Burr’s iPhone after they served a search warrant on the Republican at his residence in the Washington area. The FBI also reportedly obtained a copy of the senator’s iCloud data after serving Apple with a warrant compelling it to hand over the data.

The Justice Department began probing Burr’s stock transactions at the end of March to gauge whether he violated a law preventing members of Congress from trading on insider information they received through their jobs.

Senate records indicate that Burr and his wife sold between roughly $600,000 USD and $1.7 million in more than 30 transactions in late January and mid-February, just before the market began to nosedive and government health officials began to sound alarms about the virus. Several of the stocks were in companies that own hotels.

It’s illegal for members of Congress to trade stocks based on information the public doesn’t have that they receive through their positions as lawmakers. Burr was among only three senators who voted against the legislation banning such trading in 2012.

Burr, who sat in on early briefings on the virus, has acknowledged selling the stocks because of the coronavirus but said he relied “solely on public news reports,” specifically CNBC‘s daily health and science reporting out of Asia.

It’s currently unknown whether the FBI has managed to access Burr’s iPhone, but if the agency did obtain a copy of the senator’s iPhone, it would likely provide a copy of most of the data stored on the device.