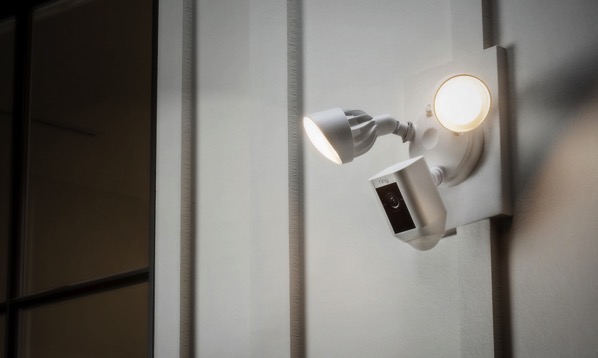 “The Ring Floodlight Cam is designed to improve on the safety features of the traditional motion-activated outdoor light, which at this point is probably not fooling many would-be burglars into thinking someone’s definitely home. The added connective features are essentially what you get with the Ring Stick-Up Cam, but the siren is new, and another added deterrent, and the ability to wire it directly into your existing floodlight outlet is also a plus”.

The light can also be turned on remotely via the Ring app, in addition to automatically turning on in response to motion or on a timed schedule.

The device retails for US $249 directly from Ring, with pre-orders starting today.