RiverTV calls itself “Canada’s first live TV and on demand streaming service with over 25 great channels.” The service is backed by VMedia, which recently added support for Apple’s Single Sign-On for TV providers recently on iOS.

Toronto-based VMedia offers VoIP telephone, DSL and cable internet and IPTV across Canada. With RiverTV, the streaming live TV service was being promoted on its social media channels last fall detailing a 2020 launch.

So far, nothing has been announced, but a couple of weeks ago its iPhone, iPad and Apple TV app gained some updates, suggesting a launch is coming soon. The iOS app shows some of the channels available and non-registered users are able to peruse the layout of the app itself.

According to RiverTV, Canadians will be able to “Enjoy top shows, movies, news, weather and much more. No cable boxes, no contracts, no hassles – just tons of content – live and on demand for the best in TV entertainment,” as part of a paid subscription.

The company details over 25 channels will be available including: 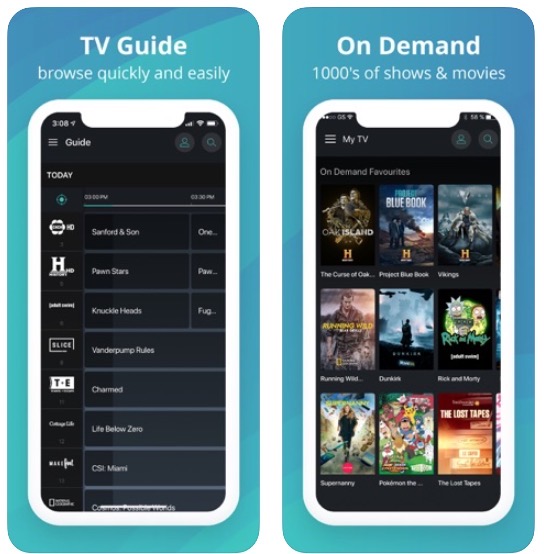 There will also be on demand content, while RiverTV says 1000s of hours of new programming will be added weekly. The app will offer a ‘Lookback’ feature to let customers watch shows up to three days after their original air time, plus allow for pausing and restarting of shows at a later time.

Some of the channels remind us of the STACKTV multi-channel package available within Amazon Prime Video, which also offers live TV.

Along with iOS and Apple TV, RiverTV will be available on Roku, Amazon Fire TV and Android TV devices such as NVIDIA SHIELD and Google Play-enabled TVs, plus available on the web.

RiverTV will only be available in Canada and looks to launch after May 31, 2020, after a closed beta test ends. The service will offer a free 7-day trial and the company says it does not expect monthly pricing to “exceed $19.99”.

There’s no word on specific pricing and other details yet but we’ve reached out to VMedia for comment and will update this post accordingly.